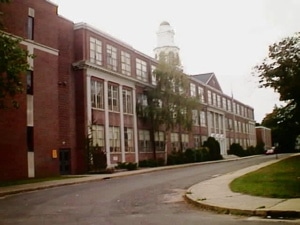 Should you be moving to East Haven if you happen to be Hispanic?

There seems to be some unsettling going on in Connecticut and it’s not the heavy snow that started lambasting the East Coast this Christmas weekend.

Huffpo: Malave, a probation officer who works in New Haven, says the racial abuse is so bad that he only crosses the town line into East Haven to go home. He and his wife are now preparing to sell their house and move, joining an exodus of Hispanics who say police have hassled them with traffic stops, false arrests and even jailhouse beatings.

The Justice Department has started a civil rights investigation, and the FBI recently opened a criminal probe. But that has not changed things on Main Street, where restaurants and stores that cater to Hispanics are going out of business.

Which begs the immediate question, why would locals feel the need to heavy handedly pick out these particular individuals? And does this behavior in any way tie in to derogatory stereotypes, fear or simply predatory behavior to ‘teach’ Hispanics not to  be quick to re position themselves out of stereotypical demeaning labor jobs that first generation immigrants are forced to do(including the ancestors of the predominantly Italian American town of East Haven) in order to position themselves in a new culture.

Racial profiling allegations began swirling about two years ago in East Haven, a predominantly Italian-American seaside suburb of about 28,000 people 70 miles northeast of New York City. Hispanics make up only about 7 percent of the population, but their numbers had been growing as the peaceful, small-town setting and thriving businesses attracted newcomers from Mexico and Ecuador.

Police Chief Leonard Gallo, who is on administrative leave, has denied the allegations. The office of acting Police Chief Gaetano Nappi referred calls to Town Attorney Patricia Cofrancesco, who did not respond to phone messages seeking comment.

And how exactly has this behavior of racial profiling displayed itself?

Hispanic business owners say police made a practice of parking outside their shops and stopping any Latinos. Some who complained say they faced retaliation.

Luis Rodriguez, an immigrant from Ecuador who owns the Los Amigos Grocery, said he was arrested two months ago and jailed for five days after a woman pointed out to police that his 3-year-old son was unsupervised on the sidewalk outside the store. He said police were out for revenge because his wife had been videotaping them. He was charged with child neglect; the case is still pending.

5 days jail? Doesn’t this sound excessive? Would a simple alert to Mr Rodriguez have sufficed that at that very moment his child wasn’t been attended to? Are we to be believe this was an ongoing occurrence with respect to Mr Rodriguez or a perhaps a first time event that was met with stern and perhaps misplaced authoritative zeal? Wouldn’t it be interesting to discover what type of punishment has previously been doled out by the police department with respect to similar behavior by other indigenous locals- who of course don’t happy to be Hispanic.

The Justice Department’s civil rights branch began investigating the police force in September 2009. It is still looking into alleged discriminatory policing, but it identified preliminary concerns in April over issues including outdated policies and a lack of clear guidance on the use of force.

The town’s mayor, April Capone, revealed this month that the FBI was gathering evidence for potential criminal prosecutions of some of the officers. Her office declined to comment.

“This is a systemwide leadership failure. It’s going to need widespread reform,” said Lynch, whose group filed a lawsuit in October on behalf of nine immigrants who say East Haven police abused them with beatings and unwarranted use of a stun gun. It also quotes officers using ethnic slurs.

Ethnic slurs? Is this the type of behavior we should come to expect from our local police force? Doesn’t this somehow force us to wonder who really are the criminal or at the very least maladjusted individual(s) and why to date such behavior has been tolerated by the local community. Assuming of course that the local community is as equally appalled as we are or perversely delighted that well meaning immigrants have been treated with disregard and coercion.

Doesn’t this remind you of a period of hate and atrocity reminiscent of pre world war 2 in Nazi Germany that was tolerated and tacitly allowed to continue by the locals?

Until recently, East Haven was considered a refuge by Hispanics, a suburb with ample parking and less crime than New Haven.

Malave, who has lived here since 1977, said he never had problems before late 2008 when police responded to a report by his wife that some money was missing. The couple had begun to argue. Malave, who was asked his nationality, said police arrested him for disorderly conduct the minute he said he was born in Puerto Rico.

“I tried to talk to the sergeant, but he said, `You spics don’t have rights here,'” said Malave, a former New Haven police officer.

‘You spics don’t have right here?’ Does this send a chill running down your spine? What will it be next week- you fags, you lesbo’s, you chinks, you Jews, you atheists??!! Is this the idea of modern day america that we should embrace and sheepishly shrug our shoulders and look the other way to?