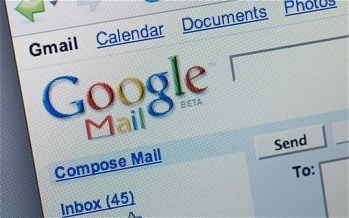 Is it better to suspect your wife is having an affair or to break the law to find out for sure?

Imagine you are married and your spouse is behaving in a way that you consider untoward. Do you then reciprocate and behave untoward yourself in order to arrive at what you believe may be the truth?

telegraph.co.uk: Leon Walker has been charged under anti-hacking laws aimed at preventing identity theft in the US. The 33-year-old had suspected his wife Clara, who had been married twice before was having an affair with her former husband.

He is alleged to have used his computer skills to gain access to her Gmail email account on the shared home computer. Mr Walker discovered a series of emails which confirmed his suspicions that his wife was cheating on him.

The first question that should run through one’s mind is how is that the defendant, the husband in this instance is held liable to the charges of hacking? Snooping perhaps, prying, investigating, but hacking? Doesn’t such a term within itself carry a pejorative sensibility and can ought the courts be applying it here in the case of a shared home computer? After all it would be one thing if this was an instance of an individual trying to tap their way into an agent’s internal affairs, but shouldn’t we pause to consider if the body of the laws had meant to be applied between shared home computers?

Prosecutors in Oakland County, Michigan, charged Walker under the state’s anti-hacking laws which were aimed at stopping identity theft and used to prosecute people who hack into Government computers.

Prosecutor Jessica Cooper dismissed Walker’s claims that he had used his wife’s password to log on to the computer.

She said Walker was nothing but a “hacker” who used his skills as a computer technician to gain access to his wife’s email account.

Is this not really a case of an overtly eager prosecutor trying to railroad a situation to more than what was intended or surmised. After all one day the mere act of looking at a computer, especially one run by a government agency will be tantamount to espionage and hacking.

In the interim, the couple have divorced, the wife resumed her estranged relationship with her former husband while the couple’s one year old daughter treads the line as potential refugee as the courts will decide that one concerned parent’s behavior was tantamount to hacking, never mind the moral wrongdoing that most individuals would point out that the wife was committing.