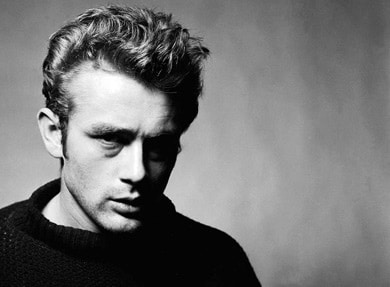 Yet somehow murder at ones own hands fascinates us even more- whether a conscious murder or just a slow meandering subconscious desire for self capitulation- we are non the less curious, horrified (as much as we can be in a society that wills us to build immunity to such rampant daily mad behavior that if we took to heart each and every time might in good conscience send one over the edge- not that, that doesn’ t happen too).

What do we do with such deaths, how do we digest them, compartmentalize such affairs and are we to really trust the media who so often is keen to glorify or debunk a character and perhaps overlook the deep notion that ultimately despite that person’s standing or public fascination of – they were ultimately an afflicted individual who could no longer see no other option but death?

In the case of Ronni Chasen she was made to be a hero, a victim of a gang hit, a larger than life persona living a type of grand Hollywood existence and although gunned down – at least her death achieved wonder and her memory was turned into something beyond something even she would recognize. She was after all just a publicist, granted a revered one, but just that- a woman with drive and ambition who one day took the wrong turn.

Others like screen ‘legends’ Marilyn Monroe and James Dean achieve manufactured eternity, hyped adulation and devotion. Never mind the fact that they recklessly chose to end their lives. Does it really make sense to glorify such behavior, despite what they may have done whilst alive? By sparing us or to perhaps be more succinct themselves from old age, vulnerability we are left with an impression of them at their physical height, never mind the lowest of their emotional and spiritual self. Perhaps the truth is we wish to spare ourselves from vulnerability and the dissipation of our youth, which according to the advertising world we must protect at all costs, lest we lose relevancy and desirability.

And then what do we make of someone like Mark Madoff, the humiliated and disgraced son of crooked financier Bernard Madoff? Did he deserve his death? Was he even guilty as an accomplice, to date such an assertion has yet to be proved – no matter how much money so many people had taken away from them from the once highly respected entity called the Madoff clan? Has he become some sort of martyr for all the collective crooked dealings, the loathing we have for such behavior, never mind the loathing that he must have felt when the deck of cards came crashing to the floor. Should we be happy, is this what we call karma?

Ultimately it is up to each and every one of us to value life, other’s lives and especially our own (even if that sounds rhetorical). For if we value our own life, we create value and inspire others around us and instead of becoming tomorrow’s morning statistic and eventual mythological figure (as us humans are prone to edit behavior that frightens us and perplexes us) we hold hands, metaphorically and metaphysically speaking and give us collective courage to create, rejoice, celebrate in the finite thing called life- even if in the back of each and every one of our minds lies the perverse knowledge that we and our loved ones will not be here one day. Which is to say such knowledge should give us courage to live through darkness so we can create brightness.

Our deepest condolences to those who chose to take their own lives…and their families and friends. At least despite appearances many of us in media are just as human as you, never mind the myths that swing by the back porch.