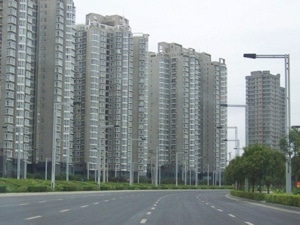 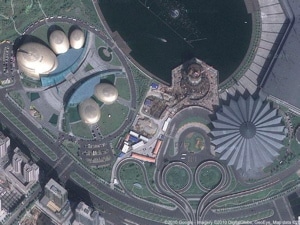 The almost post-apocalyptic images of excess property are said to be the result of Chinese government pressure to increase internal economic activity  and hence net GDP  by any possible means, even building entire cities even when it’s unnecessary.

Patrick Chovanec of Tsinghua University explained to English language Al-Jazeera TV: ‘Who wants to be the mayor who reports that he didn’t get 8% GDP growth this year? Nobody wants to come forward with that. So the incentives in the system are to build. And if that’s the easiest way to achieve that growth, then you build.’ What makes this apparently pointless expansion so appealing is that, as Chovanec also states: Nobody’s ever really lost money on real estate in China.

So, as Business Insider reported back in September, because  [the Chinese] need to put their money somewhere, but the stock market is under pressure and bank interest doesn’t cover inflation…they plunk their money into a new property, just as a place to store their wealth, even if they don’t intend to live in the place and can’t find renters. One interviewee in an Al Jazeera report attests to this as fact, stating that though he wants to move into Ordos, one of the cities in question, the cost would be so high that despite nearly the entire city being vacant he’s unable to afford it. 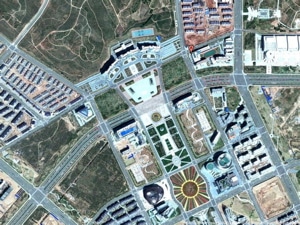 The result of this unnecessary expansion is that we have perhaps the first outposts of civilization that are impractical to the point of being unusable, as many of them have housing prices so high that even if there were people available to fill them, it would be impossible to do so  the money simply isn’t there, and ideally never will be. Otherwise the investments of an entire country’s wealthy would be utterly devalued (unless China someday controls so much of the world’s wealth the cost of living in these cities becomes affordable only for them).

At least for the time being this makes the issue into a much more abstract one. It begets a situation in which the particular housing market of these cities becomes less about want, need, or exchange value and more about investment banking. That is to say: these aren’t cities we’re looking at, but bank vaults wherein the houses have become abstract capital’s physical manifestation  as has been hinted, an apparition.

Which is, I suggest, a sign that in these images the physical commodities that structure civilization itself have become so imbricated with capital that they have become it outright: More precisely by looking at these cities we witness the absolute limit of both capitalism and civilization. Herein the physical (buildings, cities) and immaterial (capital), the objective and the abstract, reality and representation, have completely united, become indistinguishable  exactly as happens in the case of insanity.