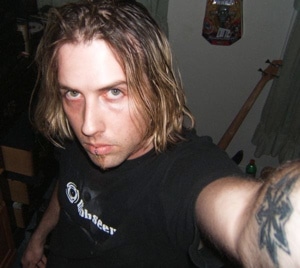 Being a heroin addict in Canada is no fun.

Out of the Montreal Gazette this morning comes a disparaging tale of heroin users who are struggling to receive assistance as a surge of the good stuff hits its shores in droves from Afghanistan. The outcome it seems aren’t very palatable, and in the end it comes down to chance if an addict looking for a way ever gets out….

Montreal Gazette: It’s just before 1 p.m. on a cool, sunny Monday afternoon in late November. On a quiet residential street in Montreal’s east end, half a dozen heroin addicts are waiting by office phones and cellphones in the Méta d’Âme drop-in centre and residence for opiate users and recovering addicts.

CRAN is so overwhelmed with demand, only the first caller to get through each week gets a coveted treatment spot.

For everyone else, the wait will continue another week.

CRAN is the only provincially funded opiate treatment centre in the city where heroin users even have a shot at help any time soon. At other centres, the waiting lists are six to 12 months long.

Of course, what’s not being mentioned is the fact that come another week some of the people looking to receive assistance may not be alive, or if still alive perhaps in a diabolical funk that preempts them from being the magic caller that day or worse consumed in abject apathy as the realization sets in that getting help is not a particularly high priority in a nation that seems to have an affinity for the ‘good stuff.’

And then you have this:

After years of declining use in the 1990s, heroin and other opiates have made a startling resurgence around the globe – thanks in large part to a 37-fold increase in Afghan opium production since 2001, when Canadian soldiers helped the U.S. overthrow the country’s Taliban government. Afghanistan now supplies 92 per cent of the world’s opium.

Increased heroin supply in Canada, Europe and Asia and falling prices of the drug are the little-noticed side effects of the Western presence in Afghanistan since 2001.

Isn’t that an interesting correlation? You go to war to bring ‘peace’ and ‘democracy’ to the world order and instead you end up with an avalanche of cheap heroin making a surprisingly ‘easy’ entry into the Western world….

How easy you wonder?

….critics say Canadian and other Western governments have entertained close ties with Afghan warlords and officials suspected or known to be involved in the opium business and have turned a blind eye to a devastating drug that kills 100,000 people worldwide each year.

These concerns were heightened earlier in December when whistle-blowing site WikiLeaks released a U.S. diplomatic cable that said Afghan President Hamid Karzai had intervened in several drug cases, including one in which he pardoned five Afghan policemen convicted of transporting 124 kilos of heroin.

And then there are these sentiments from Des Roche, Cran’s director:

CRAN now has 90 opiate users age 18 to 34 enrolled in its most intensive treatment program for hard-core addicts. That’s more than double the 34 who were in the program in 2007.

“We find ourselves with clients who ask for treatment whom we can’t help,” Des Roches said.

“It’s a problem because when a young person wants treatment, they can’t be on a waiting list since they can overdose or commit suicide.”

Next time you go rushing off to fight and ostensibly sanction a gang war overseas that ‘conveniently’ nets bounty troves back home spare a thought for the addict in the West, on the streets of Montreal, playing Russian roulette with his own life, participating in his own ‘drug war’ and praying that this Monday they are the one the officials at Cran pick up.

Ten give away clues that your new room mate is a junkie.