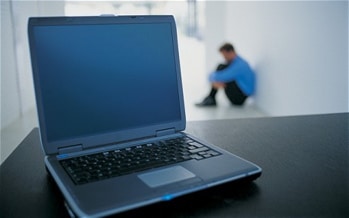 Isn’t it time you killed yourself in front of millions too?

In a chilling case out of Sendai, Japan, a 24 year old man (as yet unidentified publicly) sat in a live chat room (Ustream)contemplating committing suicide in front of other voyeurs before eventually while being egged on deciding to take his own life.

UK Telegraph:The man had announced his intention to kill himself in online chat rooms last week, according to the Yomiuri newspaper, after complaining for some weeks about problems he had been experiencing at work.

Employed by a bank, the man had been suspended from his duties since August.

Complaining, perhaps seeking comfort, perhaps seeking a savior or worse validation that he would be better off dead. But at least dead in a perverse glamorous way…if glamor can be savored via telegenic sources?

The man, who lived alone, started a live stream on Sunday evening, repeating his plans to commit suicide.

While some people posted messages attempting to talk him out of going through with his plans, others encouraged him to kill himself. Apparently believing they were watching a hoax, some viewers even suggested that he hurry up and get it over with.

A hoax? Have we become so de sensitized in our culture that a man posting messages about his demise is to be ignored or just shrugged off? Or perhaps the anonymity of a chat room allowed for the fuel for an individual to threaten suicide and other individuals to morbidly partake in some cruel fascination and anticipation of a culmination course of actions? As if they were watching a Friday night feature?

Police told local media that the man initially tried to hang himself on the balcony of his flat shortly before 4am on Tuesday. When that attempt failed, the footage showed the man repeating the attempt elsewhere at 5:30am.

People watching online debated whether the footage was genuine until Ustream halted the broadcast and the police were informed.

This of course is the beauty of chat rooms, no one can really know for certain what is said or real, and for most for most of us such portals act as conduits as fantasy, and perhaps in some way this young man’s suicide in front of on lookers (and a firm knowledge the world thereafter after it was reported) was his fantasy. His final and definite statement on life or denial of it…

Some 32,845 Japanese people killed themselves in 2009 and the rate is likely to remain above the 30,000 threshold for the 13th straight year when the statistics for 2010 are released.

In a moribund economy (Japan has been in a sort of economic depression for the past 2 decades) and a culture steeped in heroic suicide maybe this young man’s suicide was in the end a political statement on the times we live in or simply a selfish and depraved manifestation of self denigration.