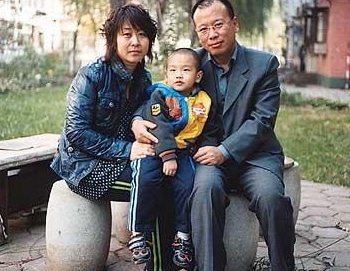 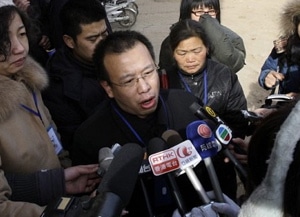 What ‘interesting’ things happen to you in China when you launch a website questioning the safety of state milk that has poisoned your son?

Mainland China. In response to an incident in which Zhao Lianhai’s son was poisoned and nearly dying as a consequence of drinking state milk in the fall of 2009, Mr Zhao decided after continual denial from the government and an accelerating continuation of similar situations to launch a website bringing into focus the issue. And focus it did bring to the Chinese authorities dismay…. In the end it brought Mr Zhao being sentenced today to 2 and half years in jail and a potential state dilemma with the recent arrival of Britain’s prime minister David Cameron in Beijing.

UK Telegraph: Zhao Lianhai, a 38-year-old former employee of China’s Food Quality and Safety authority, created the site in 2009 after more than 300,000 Chinese toddlers were poisoned, and at least six killed, by milk that was laced with melamine, an industrial chemical that made the milk appear more wholesome.

The website quickly became a focal point for thousands of parents who were outraged at the crisis, and that the issue had initially been covered up.

With China’s increased attempts to remain in the West’s good standing (one can’t be seen to be a malcontent business partner) and in lieu of the consternation in Britain over the purported cover up as to why Britain chose to join a war against Iraq and Afghanistan, today both nations are heading into a public relations quagmire which will attempt to deflect human rights abuses and why the West continues to seemingly tolerate them.

Leading artists and dissident Ai WeiWei yesterday warned that Mr Cameron would be “committing a crime” if he failed to address the issue.

However the authorities have made no attempt to relax their stance on dissent during the British visit. Mr Zhao is the second high-profile campaigner targeted in as many days after Mo Shaoping, lawyer for Nobel prize winning Chinese dissident Liu Xiaobo, was prevented from boarding a plane to London.

Mr Zhao told The Daily Telegraph that he was determined to spread information about melamine-poisoning so that parents in the Chinese countryside, who lived far away from hospitals, would be spurred to seek treatment for their children.

Arrested and kept in detention for the past year, without recourse to his family, and finally sentenced today Mr Zhao’s reaction was hardly mute…

Mr Zhao protested in court, stripping off his prisoner’s uniform and refusing to be handcuffed. “I am not guilty!” he said. Mr Li said he would appeal the sentence, and that Mr Zhao was in “quite good health, but anxious.

Understandably who’s also anxious are Chinese authorities who haven’t been able to quell public protest and allegiance to Mr Zhao’s cause and that of the West who have been harangued by citizens at home weary of behavior that doesn’t sit well with them during the recent and prolonged world economic malaise…Behavior that one could argue that has led to many persons collective misery and demise.

Mr Li expected the sentence, saying before the verdict that there was a “zero chance” of a not guilty verdict. He added that the case had been politically-motivated. “The judge told us, when we spoke to him, that he could not decide the case, but had to wait for instructions from his higher-ups.”

Wait for instructions perhaps in the same way many citizens of the ‘free’ world are currently waiting for if a redemption of their collective denouement is any indication.

Three people have been sentenced to death for their role in the toxic milk case, and the general manager and chairwoman of Sanlu, the milk company at the heart of the scandal, was given a life sentence. Dozens of officials, dairy executives and farmers have been punished for allowing the contamination to take place.

Which begs the greater question. Who is really allowing the bigger contamination of our current landscape to take place and why wont they put a stop to it?