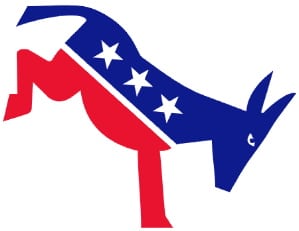 By now it’s been widely canvassed that the Democratic party took a hearty beating at the polls as disillusioned Americans cast their vote and collective woe.

With much of America submerged in economic peril, and having to do with an un preferred reality of living on diminished wages, housing values (which they used as a countering checking account until now) and indeed in many cased no jobs it seems fitting to observe that those politicians who claimed caution to fiscal deficits at the chagrin of those individuals pleading for economic relief to be joining their ranks in the months to come.

Huffpo: WASHINGTON — Those who wanted Congress to reauthorize extended unemployment insurance this summer often assumed that Democrats who opposed the benefits were just posing as deficit hawks to impress voters during an election year.

If that was their intention, it didn’t work. Of the 11 Democrats who opposed reauthorizing benefits at the beginning of July, eight are goners. Reps. Brian Baird (Wash.) and Marion Berry (Ark.) retired, leaving their seats to the GOP; six others went down in Tuesday’s epic wipeout.

Sixteen Democrats joined Republicans in blocking extended jobless aid in a suspension vote the previous day. Thirteen of them will not be back next year, including Reps. Frank Kratovil (Md.), Stephanie Herseth Sandlin (S.D.), John Adler (N.J.), Travis Childers (Miss.), and probably Melissa Bean (Ill.), who flipped their positions from one vote to the next. Those five lost Tuesday or are in imminent danger of losin

Which leads us to consider this central question? Whose interests were these politicians canvassing to and if they were intent on not extending unemployment benefits what do we say about the overwhelming sweep of the Republican party which are quite adamant about extending benefits let alone any benefits period given the rise of the Tea party?

Do Americans not care about those less fortunate than them or perhaps the more nuanced view ‘that we only care about what engenders our lot when we are on the right side of the fence regardless of moral or social obligations but then again who’s to say we don’t quickly change our minds when it’s beating buckets of poverty on that side of the fence we never dared believe dissipating in the collective mudslide….”

ELECTION DAY IS THE NEW HALLOWEEN: Some Thoughts From One of the Little People in America