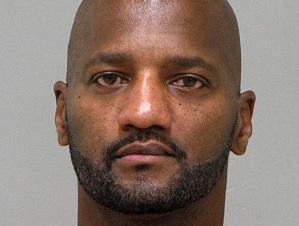 Howard Veal, a 44-year-old resident of Muskegon, Michigan, wants you to know, his sperm is a sure bet every time; and he’s got twenty-three children to fourteen different women to prove it; although he doesn’t know most of their names, and really, he can’t even tell you exactly how many children he has.

Howard Veal, however, ain’t no deadbeat dad. He has been trying to pay for all of his little munchkins; but all he’s got to offer is his wages from unemployment.

New York Daily News: “Veal claimed in court that he was trying to be a good father and that he gave the majority of his earnings (he was previously working for the Muskegon Housing Commission) to his family.”

The baby daddy to almost a half dozen women still has fourteen child support cases pending against him, for back child support that has astonishingly amassed an amount to the tune of over a half a million dollars. Veal is now facing up to four years in jail for his indiscretions, well over the traditional six month stint for unpaid child support.

So what about the kids? These mothers, at least some of them, had to know that Veal habitually impregnated women, almost as if it were sport. What kind of life can we expect for children forced to grow up in situations where there is little to no regard for their well-being? Will these mothers ever see money from this serial impregnator? It’s doubtful. But if they do, will funds go to the children, or will the money allot more irresponsibility and selfishness of ill-prepared mothers, who’ve may have tried to make a meal ticket out their trysts with Veal?

For the next four years, Veal will be housed, bathed, fed, and taken care of; and we can only hope that the same can be said for all of his many children.