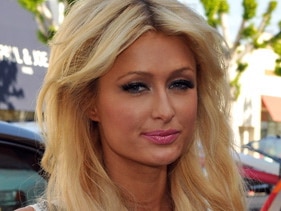 Life is starting to become cumbersome for the world’s collective hero, Parasite Hilton, following reports that Japanese authorities have detained her at Narita airport, Japan. The reason? Japanese law allows that it can renege entry to those individuals who it deems a security risk. Or in other words, if your ass has a criminal record (which dodo does have, now that she’s pled guilty for being caught with the good shit) don’t expect to be afforded entry into our clean consciousness.

Huffington Post; LOS ANGELES — Japanese officials delayed Paris Hilton at Narita Airport while they decide whether she will be admitted to the country after pleading guilty to a misdemeanor drug charge in Las Vegas.

An e-mailed statement by Hilton’s rep, Dawn Miller, said the 29-year-old was stopped by immigration authorities upon her arrival Tuesday in Japan.

Hilton was scheduled to appear at a news conference in Tokyo on Wednesday to promote her fashion line, but that appearance was apparently canceled.

Are you bitches reaching for your telephone directory to call your local Japanese embassy ’cause you know Parasite is in danger of missing a hot party somewhere in Japan, and life would be untenable if you knew Parasite was being locked out at some fantastic party, doing the things you only wish you could do if only you had a high priced lawyer in your rolodex.

Under Japanese law, immigration authorities are empowered to deny entry to those who have been convicted of drug-related offenses.

Miller’s statement said Hilton was disappointed with the scrutiny.

“Paris was contractually bound to her business trip and didn’t want to let down her brands and many Asian fans,” the statement said. “She intended on fulfilling her contract and is trying hard to do the responsible thing, but this is beyond her control. She is very disappointed by tonight’s events.”

One day whilst Parasite is hitch hiking to no man’s land, she will look up and see a big billboard picture of a girl that she once used to resemble, gasp inaudibly, before turning to look at the beat up Cadillac she had to leave 17 miles down the road because it suspiciously refused to work that morning…