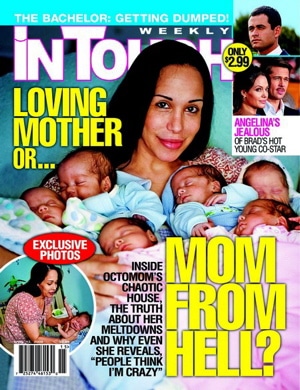 AzCentral Suleman, speaking during a video interview with Splash News, said she’s trying to write a book about her life but admitted she has limited time to do so given her responsibilities raising her 14 children.

“I’m working really, really hard to make money to pay the mortgage,” she told Splash News this week, showing off a copy of a letter from the home’s owner telling her to vacate the property.

But where there’s a will, there’s always a way…

Suleman has been in danger of being evicted from the home for months and admitted she’s been struggling to pay her bills. She and her family have been featured in a reality-TV show, but she said that has not produced enough money.