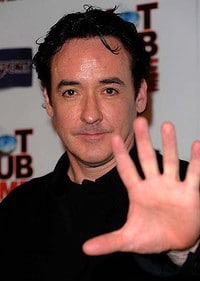 Fox News has got there conservative panties in a twist over John Cusack’s Sunday night Twitter tirade, in which Cusack threatened tweeted:

What was Fox New’s “no spin” take on John Cusack’s tweet?

Fox News: Cusack has long been outspoken about politics. He supported Barack Obama in the 2008 presidential election and has contributed to The Huffington Post, but this is the first known time he has stooped to the level of making threats.

And while the U.S. Constitution protects Cusack’s right to speak his mind, some critics say he should be more careful about what he says, since he has more than 200,000 Twitter followers.

“His provocative tweets could easily incite a rabid fan to commit violent acts against Fox News Headquarters and others he names,” said Dr. Carole Lieberman, a Beverly Hills-based psychiatrist and author of “Coping With Terrorism: Dreams Interrupted.”

Oh Fox News, you ninnies; what fans you so worried about? The ones that can quote all of Say Anything and High Fidelity? Those fans? Well, we’re sorry to tell you, but they’ve all grown up, stopped smoking pot, they’ve thrown out their acid washed clothes and started to work for the man. I can’t see any of them starting “Satanic Death Cult” at your headquarters any time soon

Brad wants the death penalty for BP, John is for a “satanic death cult center” at the FOX News headquarters; as politics as usual continues, celebrities are coming up with creative fight corruption; and spreading it to their millions of fans.

Who needs superheroes when you have supercelebrities?