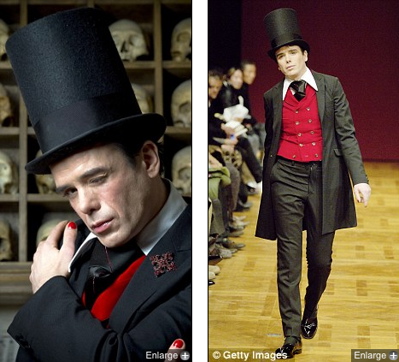 Sebastian Horsley the last dandy remembered; Why he mattered.

For those who never knew Sebastian Horsley while he was alive was only what the tabloids had to say about him, and to be sure what the tabloids had to say about this gifted eccentric man was that he was beyond contempt and a demonstrative trouble maker, or to be precise out of control junkie. Yet how ironic in the end the thing that the press ogled over about Horsley is what eventually killed him- a fatal overdose on heroin. Yet to those who knew him or followed his body of work, his tribulations, aspirations it wasn’t the drugs or the wild play that killed him in the end – it was just that sometimes he was too large for life and putting that into context even for the best of us is an awkward and Horsely’s case eventually a fatal proposition.

As the UK’s Daily Mailpoints out- Stephen Horsley was the elder son of the late Nicholas Horsley, a former millionaire chairman of Northern Foods, Horsley’s memoirs of his extraordinary life of drug addiction, sex, penchant for prostitutes and well-tailored decadence attracted cult status.

True, but what the public didn’t understand about Horsley wasn’t so much that he was a spoiled brat or junkie but rather a unique individual who chose to challenge his rigid surroundings, authority and the various stanches of culture. It was if his life was dedicated to the pursuit of seeing how far he could push the envelope, redefine sensibilities, expectations and what a man of his supposed class and background could do and become.

Instead of pursuing the family business, Horsley decided to pursue the act of creation, himself often the main feature of his work. He wasn’t shy about using himself, his collective experiences (no matter how tawdry) to explore new terrain, terrain that on the surface may have appeared vile and indecent to many but to the astute observer brilliant in his calculated design to affect discourse and emotional and intellectual reaction- by rights one of the sole proclivities of a forward thinking auteur.

In one body of work, Horsley chose himself to be the matyr – Jesus Christ (how ironic in retrospect…), nailing himself to two criss crossing planks of wood as it is has been said Christ himself was crucified. During the video performance piece, Horsley in fact passed out and it was reported the foot pedestal gave way and injured his hands which were stretched to overhanging given the burden of his weight. A metaphysical and metaphorical burden he carried to his last day.