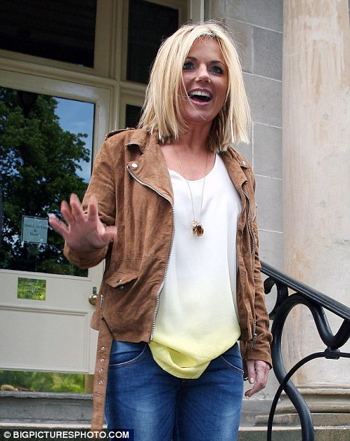 When the audience starts booing at the judge as opposed to the contestant you know something is wrong.

Wednesday night was suppose to be a pleasant night, Gerri’s re-indoctrination to the English public and the public’s re- introduction to Gerri. Unfortunately for both parties the balloons failed to go off-

Geri Halliwell was met with boos from the audience when she made her debut as a guest judge on The X Factor on Wednesday.

The former Spice Girls star’s appearance at the Glasgow auditions was less than successful, with some fans even chanting for the return of judge Dannii Minogue, who is missing the auditions stage because she is heavily pregnant.

Geri was accused of being ‘awful’ and her comments ‘not making sense’ by fans who angrily took to internet forums to vent their feelings about the 37-year-old star.

Geri then went on to rebuff a crowd favorite contestant and chose to give her the gong which elicited wild hooting from a disbelieving audience.

The singer is reported to have angered fans soon after she began in her role as guest judge, by going against the crowd and refusing to put through a singer called Katie when she had the casting vote.

Isn’t it fascinating how noxiously guest judges take to the audience, but equally more fascinating  how much scorn and venom the audience inflicts when the guest judge fails to understand that they are there by the mercy of the show’s producers as opposed to their particular talent or being which went for a dry clean back in 2001 after the Spice Girls split up and Geri holed herself in rehab.

‘There were reactions to all the judges as much as there was to Geri.’

In the end you have to congratulate the producers for being clever enough to bring on a judge that would incite them more than one of the contestants. We’d say Geri is about due for another dry cleaning session soon…