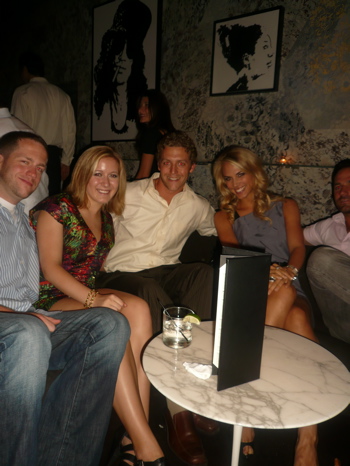 And suddenly, the very same Rivington Street I’d just walked on was now a spectacle—classy soft-gray curtains were framing the floor-to-ceiling ground floor windows I was looking through. It looked like a stage. Outside, the harried and haute walked by: It was the Lower East Side as an ever-changing stage. Fishbowl theater.

But I wasn’t here to people watch, I was here for a party at the Thor Lobby Bar inside the Rivington Hotel. The party was to celebrate the official launch of DIY Shopping Tours, a new service that provides New Yorkers with access to shopping reconnaissance–highlighting secret sales and deals in spots throughout the city.

The bar buzzed with well-dressed patrons clamoring for the boozy drink-of-the day: a tasty (and thus, dangerous) pinkish carbonated concoction called Nuvo. The bass coming from the DJ booth was powerful; my pants were fluttering at the floor-level bellow.  Slowly, people began to take to the dance floor while others mingled on the modern couches near the windows. 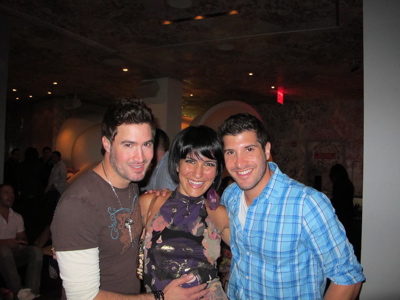 I walked to the back room, where spoke briefly with Lana Katsaros, CEO of DIY. Things have moved fairly quickly for DIY in their four-month existence, she said, and they have been very well received (with 91,000 currently benefiting from their shopping expertise). In fact, they are already looking to expand to other cities and neighborhoods (next stops, Philly, Boston and a pond-hop to East London). Currently, their Williamsburg e-guide can be downloaded for just five bucks—an instant and inexpensive gratification for shoppers. As she talks, Katsaros brims with the kind of bright-eyed, how-did-we-get-here enthusiasm that marks many young entrepreneurs. You can see that she believes she’s on to something and knows that time (and downloads) will tell.

I sipped another Nuvo… it tasted like effervescent candy which, I knew, was a taste-bud harbinger of a miserable Friday morning. And I looked out the window again, now seeing a line of people trying to get in to the party. Things were heating up for the DIY party, but it was time for me to rejoin my fellow walkers on the Rivington stage.