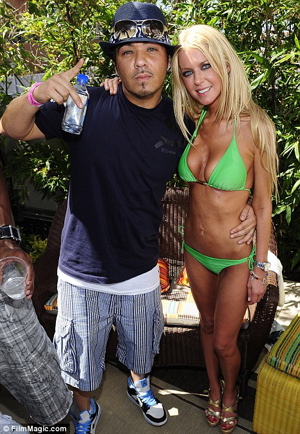 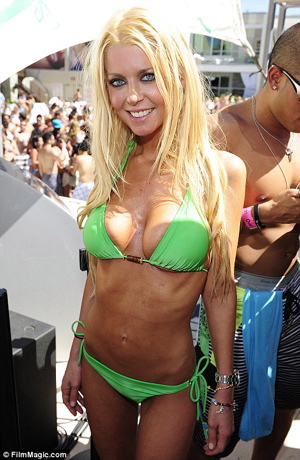 If you can’t get it right the first time, try, try again…

Tara Reid decided to grace us with her new Lycra lime green body suit this memorial weekend and as you can see the results are mesmerizing, so mesmerizing that our newest intern, an affable kid from the prairie lands has been missing in the staff loo feeling wretched to his stomach.


Botched cosmetic procedures shattered her confidence six years ago, but Tara Reid looked happy to be back in a bikini in Las Vegas yesterday.

The American Pie actress wore a bright green string two-piece as she attended the second annual Love Festival at The Palms Casino Resort.

Which reminds us of the time when Harry the old codger across the street wet himself after an excessive bout of drinking, coincidentally 6 years ago.


It’s the first time Reid has stepped out in a bathing suit since doctors corrected previous surgery that left her disfigured, according to America’s Us Weekly.

She went under the knife in 2004, but her joint liposuction and breast enhancement operation went drastically wrong.

‘It looked like I got completely butchered up,’ she later said of her enlarged cleavage.

Which once again reminds us of the time when Harry slipped on an empty bottle of vodka and disfigured his lips which he used for drinking copious amounts of alcoholic fluids. Thankfully doctors were able to correct Harry’s contorted lips which allowed him to resume his passion for drinking.


‘I’m a young woman with confidence … At the end of the day, I go to sleep knowing who I am.

Reid, who has seen her career stall in recent years, is due to appear in a low-budget thriller called The Fields.

Which is to say Harry is also happy with his life as he has been able to resume living his thrilling life too.