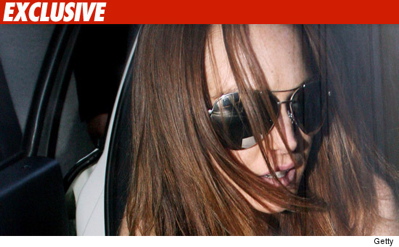 Once a mess, always a mess?

With Judge Marsha Revel issuing strict edict (will be refraining from consuming alcohol, wearing a SCRAM bracelet to monitor alcohol consumption, and submitting to random drug testing at least once a week) as to how Lilo’s bail is to proceed insiders according to TMZ are coming out declaring (the obvious) the following:

As one person connected to Lindsay tells TMZ, “She can’t make it through a day without it.  She’s a mess.”

Another source says Lindsay wakes up with cravings and satisfies them fast.

Of course it hasn’t gone over our heads that perhaps Judge Marsha instinctively understands that there is no chance in hell that Lilo can stay away from all the yummy things that make her life pleasurable – coca, mid morning spritza’s and mid afternoon media photo ops.

Which leads us to the conclusion that Lilo is either going end up fouling on her bail terms very soon and be sent directly to jail or that secretly Judge Marsha loves Lilo and wants to give Lilo tough love so she can finally beat the things that hold her back.

Of course like you – we are inclined to agree with proposition one, which is kind of bad news for Lilo ’cause from what we understand it’s very hard to convince the jail warden to let the paparazzi move into the jail cell door next to her. But perhap’s Lilo’s lawyers will lobby very hard for this when Lilo eventually enters where she so rightfully belongs.

Read more: tmz.com
Party time! How concerned was Lilo about getting herself back to the US?
Lilo is now officially going to jail.»Will Lilo make it to court tomorrow?»

Hooray!- Lilo is finally going to the clinker.