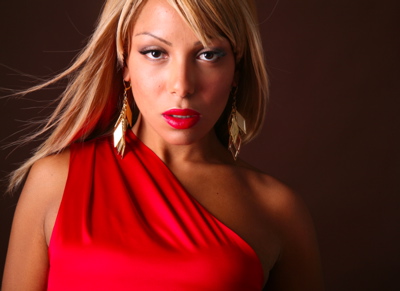 So you want to become a pop star, one of those icons that has the airwaves jamming and people talking back to front about you. Well that’s easier said than done. With the stakes higher more than ever in the music industry we caught up with what we reckon is one of the newest darlings set to enter the stage in a very big way- Ms Sara Green. Of course what you don’t know is that Ms. Green a Canadian national and emigre of Toronto, Canada this has been a long time coming and it’s only after she finally came clean that this singer has suddenly caught the attention of some major hot acts here in NYC. Proving that what makes a song and its singer vital is the journey that finally makes them whole again. That said we sat down with Ms Green one early evening and got to the gist of what makes her music so ‘earth shattering,’ good, cliches aside.

It’s a late in the day and Sarah Green has been ripping her heart out in the studio, singing her brand of music that has everybody in earshot taking double looks. Double looks not because the music is a wailing conspicous generic type, but more because the goose bumps suddenly percolating along your skin has got you wondering who the ‘hell’ it is in that other room. Finally the lithe figure of a wild haired woman who one can tell is thinking a million things at once walks out the studio and towards my direction.

SCV: Do you always sing with the aim of emotionally pulverizing your listeners?

SG: (she laughs to herself) – It’s funny you should say that because people rarely have the faintest idea of what’s going through my mind when I get on stage.

SG: All the pain in here.

(she motions towards her heart and to be honest part of me wants to look away, but most of me keeps looking because he’s beyond intrigued by the chanteuse standing there in front of him).

SCV: Well, I’m curious, just sitting listening to your music, it sounds a lot about loss and yet somehow it doesn’t?

SG: It’s my history. It’s what I have had to own up to. What I had to be clear about if I was going to be an independent woman. So as much as it may be about loss it’s really about self validation and attaining self respect and empowerment.

SCV: So I understand that today you have been cutting 2 songs. Tell me more about them.