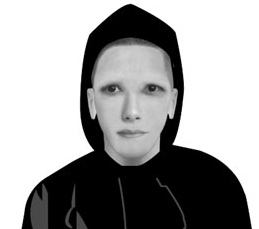 Here’s an alarming incident that has certainly caught our attention but frankly it seems not enough of the media’s and strangely enough the lack of real follow through has been tacitly pardoned by the victim itself:

A transgender student who was slashed at Cal State Long Beach said Wednesday that he supported the school’s handling of the incident after it was criticized by some community groups for not quickly releasing information about the case.

Colle Carpenter, a graduate student who was attacked April 15 in a campus bathroom, credited the university with the way it has investigated the incident.

“I’m aware the university has come under some criticisms regarding communications and response, in general,” Carpenter said in a statement released by the school. “But again, I feel that the administration’s response has been focused on the investigation and my wellbeing.”

So let us get this straight, enter a campus bathroom, have your shirt held over your head while your attacker mutilates your chest by inscribing the word “IT” over it and be forgiving of authorities that it takes almost 2 weeks before the incident is reported to the media. Should we be alarmed that something is not quite adding up, especially since the crime portends as a hate crime and a complicit admonition by authorities that such crimes can be tolerated for transgenders. Put another way, would authorities handled this case differently had Colle been a blue eyed blond haired barbie doll? Something which ironically he may be aspiring to be and which is to some degree is unnerving the community and perhaps even himself.

The attacker fled and has not been arrested. School officials say the slashing was an isolated incident.
Anyone with information is asked to call Det. Johnny Leyva at (562) 985-4101.

True, the incident may have been an isolated incident, but it seems the attitude pertaining to the crime seems to be a pervasive one. What’s scarier- the crime, or the lack of reaction to the crime?