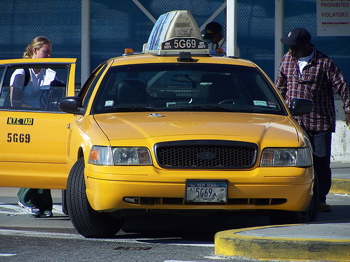 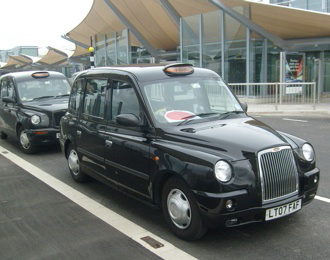 By now you know I am a Londoner working and playing in New York. I frequently observe life in these two great cities with as much zeal as a stranded socialite looking for their television prompt. That said, today’s blog is… devoted to a couple of cultural nuances not of life in these two cultural behemoths but the journeys between them.

The Editor wishes to thank Society Choice for lending us this delightful gem. – Scallywag.

I of course fly between London’s Heathrow airport (LHR) and JFK or Newark, so I am bound to compare the manner in which both countries ‘greet’ those who visit. At JFK or Newark, the first line of defense is that parade of perfectly uniformed officers waiting in bullet-proof cubicles. Optical cameras stare into your retina, index fingers press into small glass panes and green forms are scribbled and stamped as your passport is swiped across the screen to verify your details. It’s slick, it’s advanced, it’s impressively intimidating. In short, you are ENTERING THE UNITED STATES OF AMERICA.

By comparison Heathrow and Luton airports take a slightly more relaxed approach. You casually walk up to a small wooden podium where a casually dressed person of dubious nationality holds up your passport next to your face, looks once at the passport, once at your face (this is where you look away if you are trying to gain access without the proper papers) and then back at the passport. It’s a flash of the eye. It’s remarkable. It’s scarier than the US experience because of it’s nonchalant atmosphere.

There is a blackened glass command room in the rear which closely resembles Darth Vadar’s bath tub. I imagine people in there playing cards and drinking mugs of milky tea. Then again, I think about that one officer from the home office peering out eagerly for the unusual. There is a part of me, forever english, that hopes our slowly decaying airports, borders and barriers in England are ‘smoke screens’ for the unsuspecting. Manned by intelligently hidden surveillance and operated by MI6. I fear however, I can hear the TV blaring behind that two way mirror at London Heathrow. 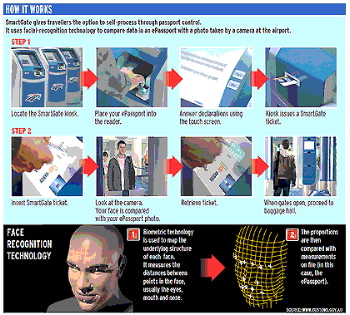