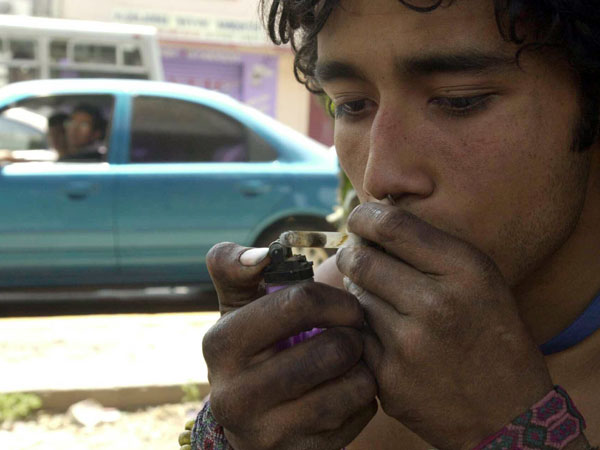 One of the stories I am told about is how one of Popeye’s sentries was caught short changing his customers and how Popeye purposefully shot him in the foot to teach him a lesson. Popeye later describes that he ‘really trusted G, but he knew something was up every time he was going out on his runs he was coming back higher than when he set out.’ That’s when he put two and two together and decided to take things into his own hands. The important thing to understand about this culture is that certain protocol has to be maintained, and if Popeye is to continue to enjoy the good graces of his clientele and the unbridled loyalty of his sentries and runners, order and structure have to be maintained.

In any event, it’s 4am and I’m getting a little tipsy and by the time Dupre offers me his pipe I nevertheless resist the invitation. At this stage of the game I have seen people shooting dope, smoking crystal meth and shoving copious amounts of blow up their noses. The self infliction they have sustained is enough to ward me away from the momentarily delights off self capitulation. That said, I tell myself I’m not there to judge, but rather to observe, detect the nuances of a particular sect of society, because at the end of the day, it’s a collection of people looking for self affirmation and validation in their respective social strata’s. On some level, some of the countless drunks I meet on the social circuit would be quite at home here, assuming they didn’t mind the trek out here and the knowledge that bullets are the preferred administration of out of hand guests and affiliates.

It’s fast approaching 5am, and Dupre has once spent all his payday money on the beast and is at this time begging me to lend him $50, as Popeye is done with giving him anymore credit. I momentarily look at Popeye, who probably for the one reason he doesn’t ever touch his own product makes him one of the best and disciplined dealers out there and wonder what to make of the situation. At this stage, half off the white brick has been parceled, consumed, run for, delivered and bought and that in inside his vest Popeye has roughly $4000 to $5000 nestled next to his gun. I look at the newest set of people now buzzing, coming and going, the cigarette ashes piling up, Uncle Joe trying fitfully to sleep by the twin bed and instead of giving Dupre the $50 he wants, give him $20 instead. I take one last sip of the Budweiser, high five Popeye, promise him that one day I’ll drop by for dinner and tell Dupre that I’m going to wait for him outside. At least fifteen minutes goes past and I figure Dupre isn’t coming out and that’s when I take out my last Marlboro light and begin to make my long weary trek back to Manhattan.