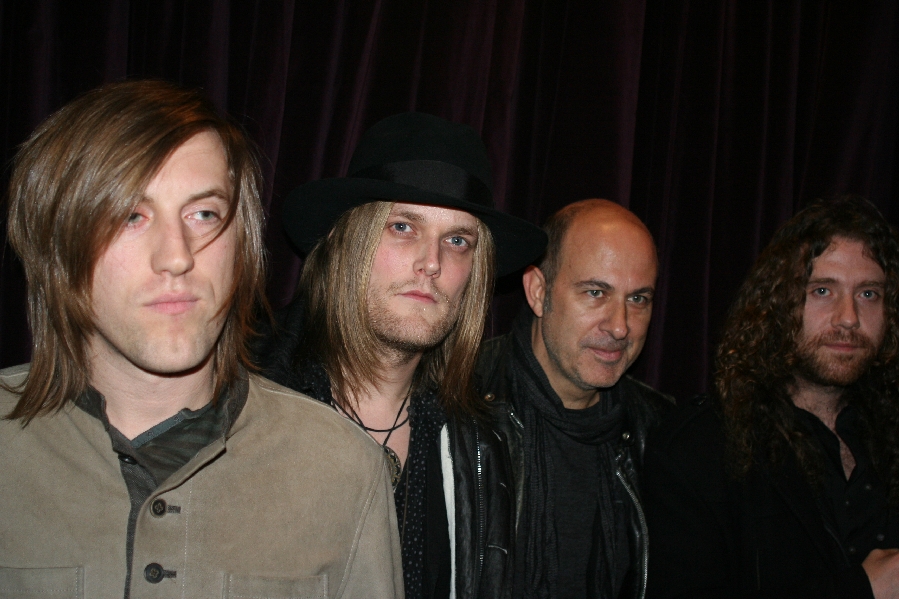 Joey Ramone, a pioneer at the shut down CBGB club on Bowery, once referred to the punk rock bar as, “the womb of creativity.”

315 Bowery is now a John Varvatos clothing store. And on the first night of 2010 Fall Fashion Week ”the womb of creativity” birthed the bastard lovechild of L’Uomo Vogue and Varvatos, as the magazine and designer paired up to celebrate their passionate love affair with fashion and rock and roll.

Varvatos welcomed legions of fashionites and New Yorkers to his Bowery store, which had been transformed into an intimate jam band stage. A shelf was transformed into a bar thanks to their drink sponsor friends, Heineken, whom provided an open bar.

This being New York, those with and without invitations foamed at the mouth in a mob-like formation outside the door at the tender timing of 11PM.

Despite being the opening night of Fashion Week, the buzz about the party was not the runway but Axl Rose. It was the first thing everyone said or heard when they finally got into the party.

The crowd came in all demeanors. Crostaphobic as the Axl Rose rumor continued to swirl, the crowd got larger and space became non-existent. I suppose this added to the alternative aesthetic, with a shorter stage, and the “standing room only” resembling a mosh pit.

This room was all created by temporarily relocating the Varvatos merchandise that would have been there, had it not been for the show.

John Varvatos listed the evening’s headlining band, Alberta Cross, on his website as one of his musical favorites and the crowd definitely agreed after an electrically intimate performance.

With a guest list that included John Varvatos, Sean Lennon, Rachael Hunter, and Kevin Bacon, the stars were certainly out to play, never mind the audience whom by this time were riled up as they anxiously waited for Rose to get on stage. Then as if it were still yesterday Rose suddenly thrust onto the stage in his signature bandana and a newly coifed mustache, exploding with all of his Guns’N’Roses classics and crowd favorites, including Sweet Child of Mine and Welcome to the Jungle.

Rock stars and fashion stars are here to stay, even if the old CBGB which created them is now gone…