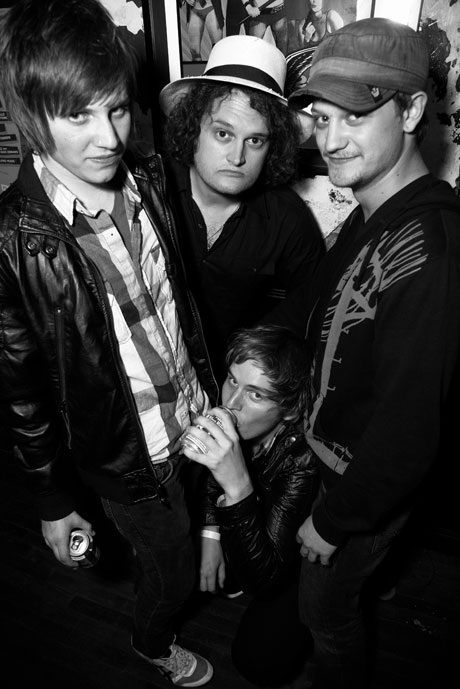 One recent morning, I found myself in Midtown with a bowl of tomato basil, surrounded by TAB the band, whose drink of choice was a Mimosa.  Fancy are we?  One member even had the audacity to return a glass of water, claiming it was dirty.  Looks like another pretentious band living the high life. Nope.  My company consisted of five down to Earth guys, who may or may not have been playing hooky that afternoon.  In fact, just about everyone at the table had stepped away from their day jobs, for a day of full commitment to the band.  TAB was scheduled to play at Maxwell’s in Hoboken later that evening.  An afternoon acoustic jam session for Rolling Stone was scheduled between me, and their Hoboken venue.  No big deal.

OK, so let’s just throw a bit of backstory and tours out there, before you start asking, “Who are these guys?” TAB toured the UK with Dinosaur Jr. in 2007, opened for Stone Temple Pilot in 2008, and headlined for John Varvatos at 315 Bowery in 2009, former home of what was once the Mecca for punk rock, CBGBs. These are just a few notches on the belt, but bragging isn’t their style. Instead, we get a sense of restrained competitiveness, with a humble desire to succeed the hard way.

As I quickly glanced over the predominately Massachusetts natives, I surmised the spokesperson to be vocalist, Adrian Perry.  He and his guitarist brother, Tony Perry, are sons of famed Aerosmith guitarist Joe Perry.  A lineage I suspect they’d rather not discuss, in order to step out of the shadow.  Accompanying the brothers were drummer Ben Tileston and guitarist and graphic artist of the crew, Lou Jannetty.  To say the band had a laid back sense of humor would be an understatement.  It was the type of energy that made this reporter hope for the best in their years to come.

After my coffee arrived, the rusty circuits that constitute as my brain began to churn.  We threw a friendly shot at Ben for returning his “dirty” water and opened up for discussion about TAB’s upcoming album “Zoo Noises” and their journey together thus far.

SCV:  So, you guys are finished with your third album, “Zoo Noises?”

Tony:  Yes, it comes out January 26th and our first New York show for that will be January 28th at the Bowery Ballroom.

SCV:  Cool.  Out of the thousands of songs to download today, why should people buy songs of your new album?

Adrian:  Hmm, how can I dive into the minds of thousands of people?

Tony:  Well, I feel like we play a modern version of classic rock.  We’re not a rip off…

Adrian:  We’re not a caricature of classic rock bands.  Which a lot of bands are out there doing now. There’s just no one that is really doing “this.”  For people that enjoy rock and roll that’s pretty straight ahead, they like songs, pop structures, and a variety of bands that I can list…they would be interested in us.

Tony:  We take a lot of different styles and genres like, the Beach Boys, The Rolling Stones, The Who, The Kinks…

SCV:  Speaking of the Beach Boys, your new album is entitled “Zoo Noises.”  Is this in any way homage to the classic Beach Boys album, “Pet Sounds?” 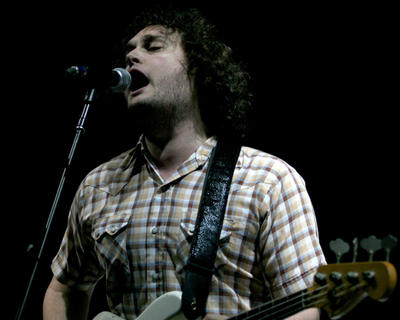