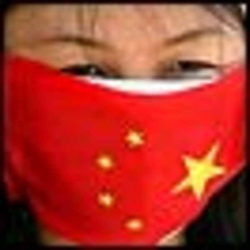 When you fuck with Google, Google fucks with you.

Out of the NY Times comes the fascinating revelation that hackers have sought to penetrate the email accounts of Chinese human right activists. As a result Google is now considering working with Chinese censorship and perhaps even closing its offices and leaving China all together.

If it makes good on its threat, the abrupt departure from China would be a startling end to Google’s foray into a country with more than 300 million Internet users. Since arriving here in 2006 under an arrangement with the government that purged its Chinese search results of banned topics, Google has come under fire for abetting a system that increasingly restricts what its citizens can read on the Internet.

Does this sound like a high tech conspiracy game that you will be watching on TV anytime soon? The attacks considered to be of the high tech sophisticates has apparently to Google the smell of government although Google wont say that publicly it points to evidence of the case.

Responding from NY (see how it gets better?) Wenqi Gao, a spokesman for the Chinese Consulate in New York had this to say:

“I want to reaffirm that China is committed to protecting the legitimate rights and interests of foreign companies in our country,”

Well – really what did you want her to say- ‘we did it, please give us a second chance and while you’re at it a few private account details..?

Grappling between its morals and desire for an uncensored internet and the loss of possible of advertising dollars Google has suddenly found itself in a conundrum of sorts. It could after all be bluffing showing a token sign of support to human rights activists with the other eye on the cash till.

Several Internet civil liberties specialists hailed Google’s stand. “I think it’s both the right move and a brilliant one,” said Jonathan Zittrain, a legal scholar at the Berkman Center for Internet & Society at Harvard University. “It helps realign Google’s business with its ethos.”

So what is it going to be morals or dollars? We think unfortunately the latter…