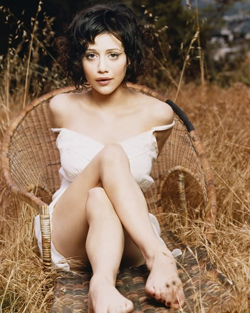 What makes a young starlet die?

Since Sunday when actress Brittany Murphy was found deceased all sorts of speculation as to what actually led to her untimely death has been the rampant news. With initial explanations ranging from cocaine abuse, foul play, an overdose of toxic prescriptive drugs and the least considered option that of natural death. According to a preliminary coroner’s report released this morning TMZ (the journal that specializes in Hollywood affairs) reported the following;


There were no signs of foul play, we’ve learned, and there was nothing that pointed to a cause of death. The cause of death has been “deferred” pending other tests.

Other tests? What should these tests be revealing?

Of course one wonders if some sort of toxicology report be made on the beast called Hollywood that the young Brittany Murphy (who was 32 at the time of her death) should also be performed giving the high incidence of cardiac deaths in that rarefied and celebrated field called ‘nirvana and stardom.’ Continues TMZ-

One source said the body appeared “normal.” In addition, we’re told she did not appear overly thin — in contrast to some photos that surfaced several weeks ago. There was no evidence of trauma to the body.

We’re told the Coroner will not determine cause of death until the other reports are submitted — in 4 to 6 weeks.