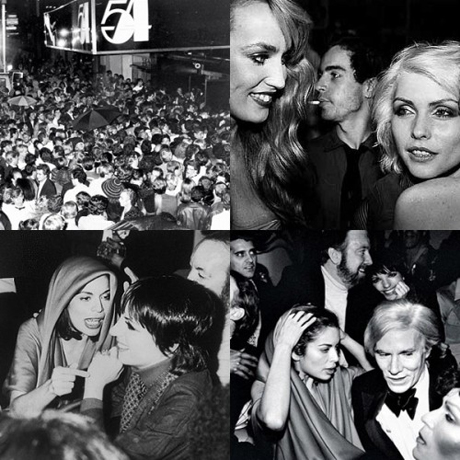 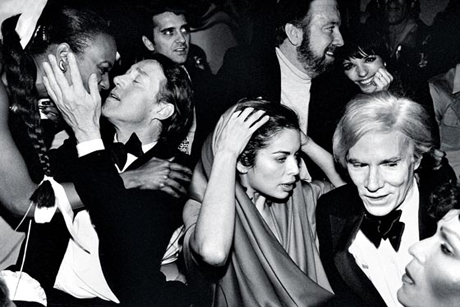 The Interview party was one of those epic events that unless you are some prominent partying socialite like Nicky Hilton, you can only expect to experience once. Although I wasn’t alive during the days of Studio 54, last night was what I would picture had I been present. Of course, last night, instead of waiting at the doors, in my mind I was Bianca Jagger riding into the club on a white horse, but unfortunately it didn’t play out that way.

I arrive at the W to a melee. People were promising their first born to be let into the event. To make matters worse, bouncers weren’t even looking your way if you weren’t some sort of celebrity and the crowd grew frustrated. People were screaming at bouncers and in the crowd of bodies, I realized even with an invite this was mission impossible. Somehow I used my charm (aka I cornered a bouncer who had wandered from the near riot to talk on his radio about crowd control) and I mentioned the right name. He promptly ushered me over to the front entrance.

We entered into the lobby and was immediately discouraged by a second tier of security. The girls at the door were doing their best to fend off the people who had slipped by the bouncers, but another mention of “the name” which I soon realized was my golden ticket, got me past the ropes.

Through the lobby, and around the pool, there was the last and most difficult door. Everyone who had gotten this far was the crème de la crème and knew someone, so this last step would not be an easy feat. I waited as bodies crushed each other to get in. Nicky Hilton, Jessica White, and others sauntered in with no problem. Instead of my usual nonchalance about getting into clubs (in New York I never have to wait in lines, anywhere), I found myself desperate to get in. Every now and again, people would come out and grab their friends like they were Moses taking their people into the Promise Land.