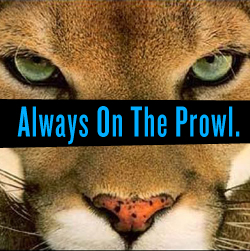 How to pick up young boys and other tips.

We’ve been noticing with disquieting unease the surplus of news reports that have suddenly made it kosher for older women to pick up and manhandle young boys. We’re not sure how the trend itself started but we are concerned that if it continues we will soon be giving promise to women who were once resigned to accept menopausal bliss as an eventual but horrifying rite of passage. That said we decided to offer the hidden cougar amongst you tips on how, they too, can get to date all those hot boys looking for more experienced gals.

1/ Lie. Never ever tell him the truth about your age, not until you have at least consummated him.

2/Pretend that you are not interested in any possible flirtations that may be coming your way, but on the off chance he persists, go in for the kill.

3/Be willing to hang out at dives and fast food retaurants.

4/ Let him know that you are loaded, even if you are not. The idea of a sugar momma will turn him on.

5/ Hint as many times as possible that you were once a super model, it will allay his fears.

6/ Let him on the fact that you have a daughter his age, watch his imagination and general interest perk up.

7/ Dress sexy, scantily and if you can afford it get some plastic surgery. All of the above helped helped Demi Moore.

8/Spend your free afternoons at skate board stores and pretend you’re particularly interested in the aerodynamics of the contraptions in front of you.

9/ Casually announce next time you are at a bar that you are looking for someone to accompany you on a business trip as an attaché – the idea of a trip to Paris for a starving young male will be too much to resist.

10/ Casually whisper into his ear that you want him and he will come running after you even if his logical side has no idea why he’s pursuing you.