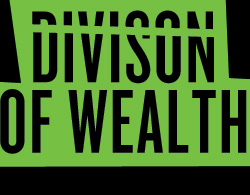 Why the Yanks prefer to ignore their pain instead.

You might not know it but India has been one of the most dynamic countries in the world in recent years. With 8 percent annual growth there has been a shifting in social dialectics. It only used to be the ultra rich and ultra poor  but recently, there has been a migration towards a marginal middle class. However, many Indians of late have felt heavily embittered as they have sensed most of the economic gains have been shielded from them and maintained ostensibly in the hands of the very few. Perhaps those small numbers servicing the uber rich called the tentative middle class.

How, may you ask, have many Indians reacted to economic upheaval? A sobering article from the Wall St Journal this morning paints a very disturbing scene.

Pricol Ltd., which makes instrument panels for the likes of Toyota Motor Corp. and General Motors Corp., was rocked in late September when workers burst into the office of Roy George, its 46-year-old human-resources boss. Angry over a wage freeze, they carried iron rods, witnesses say, and left Mr. George in a pool of blood.  This led to the arrest of 50 union members in connection with his death, their lawyer says. Charges have not been filed.

Delicious (sickening), right? So what has stirred the violence? On one hand, it can be attributed to the presence of iron clad unions (something we haven’t seen in prevalant in America in many years, which could explain why worker benefits and wages are at an abysmal low relative to the capital gains of the owners of production) and that of financiers and their industrial counterparts. What do the latter want? Let’s have a guess. Continues the Wall St Journal.

“We can’t be a capitalist country that has socialist labor laws,” says Jayant Davar, president of the Automotive Component Manufacturers Association of India.

There’s that awful word again- socialism. Even in India the brass understand that engaging in human cooperation and more equitable distribution of economic gains is to be avoided with the same ferocity as it is in America. How have the lower class reacted to all of this? Well— let’s put it this way— they are not sitting home watching American Idol and eating Cheerio bars.

Workers at a unit of Korea’s Hyundai Motor Co. staged sit-ins in April and July, demanding recognition of an outside union and reinstatement of suspended workers.

In September, workers at a unit of Japan’s Honda Motor Co. tried to prevent a trial of a new assembly line by threatening engineers and executives with shock-absorbers and motorcycle pieces, according to a court documents.

When was the last time anyone in America took arms to executives in America? Not that we’re suggesting this, but it’s interesting to note a problem that effectively reigns in many countries around the world where a disparate division of wealth exists. At the moment, it seems being a reality star or a model is a more palatable option than visceral reaction to the times at hand.

Anyway, what do executives in India think?

Manufacturers have long complained that it can take years to dismiss their permanent employees, leading to bloated work forces and hampering companies’ ability to respond quickly to changing business conditions. Executives and industry groups say relaxing the labor laws would allow companies to hire more workers and would attract more manufacturers to India, ultimately underpinning a rise in wages.

Sounds interesting. If we are not mistaken that sounds exactly like what has gone on in America. The results? Your poor ass is as broke as ever and one little peep out of you and you will be shown the door.

Capitalism is a wonderful idea as long as you are on the right side of the fence.