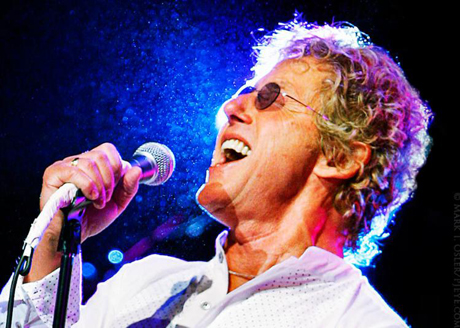 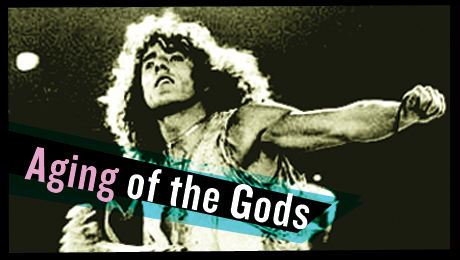 It’s not all that often you get to see a legend in action, but Roger Daltrey definitely fits that bill and he was most certainly in action on Friday night at the Nokia Theatre in Times Square. The crowd was buzzing and there was real anticipation from people thrilled to be watching one of the veterans of rock and roll. The venue was small enough to be intimate, and the initial atmosphere of the place crackled. Amusingly, security seemed more concerned with keeping people from standing on the steps (not very rock and roll) than with working out who it was that was smoking weed for most of the duration of the gig (rather more rock and roll, especially given that the best part of the crowd was in its early sixties).

It’s been a while since The Who front man’s heyday but, while he can’t quite hit the high notes like he used to, his voice still packed an impressive punch. There were some really special moments dotted through the two-hour set, whose opening track, “Who Are You,” promised great things. This was soon followed by a poignant rendition of “Behind Blue Eyes” and a lively “Pictures of Lily,” which Daltrey dedicated to the troops in Afghanistan and Iraq, but it all peaked a little too soon. Daltrey chatted throughout the show to the 2000-strong audience – too much, unfortunately. It was hard to keep the momentum of the music going with five minutes’ pause between each song, and while some crowd members seemed to enjoy the shaggy dog stories and reminiscences, others were impatient to get on and hear the music. There was a lot of heckling from the crowd, with constant shouts of “Just sing, Roger!” to the point that Daltrey actually confronted a particular group, saying “Do you wanna fuckin’ come up here and I’ll teach you how to really shout? You’re fucking selfish.” It seems you can take the boy out of London but you can’t take London out of the boy.

One particular highlight of the night was Simon Townshend, younger brother of Pete, who took the stage for one song and very nearly stole the whole show. Also entertaining were Daltrey’s attempts at swinging his microphone around – at which I think it is fair to say he is no longer quite so proficient as he once was – which resulted in the microphone being dropped more than once during Teenage Wasteland. Daltrey’s age showed too, with each particularly energetic song leaving him noticeably breathless, but not to the extent that it really took anything away from the performance.

Overall, the show could have been quite a bit shorter and more condensed. People were losing interest by the end, with a significant number actually leaving before it was over. Although it shows great stamina to be on stage for two hours without a pause (not to mention extraordinary bladder capacity – Daltrey must have consumed five or six cups of tea over the course of the set), it would have been a more satisfying experience had it been closer to one hour but without all the chat. An encore would have gone down well too, or at least a more energetic finish than the slightly flat ending that was delivered. In fact, I stood for a good few minutes assuming the band would be back on stage to blow us away with the notably absent Won’t Get Fooled Again, but my optimism did not pay off. It would have been nice to hear a few more Who tracks, and we really could have done without the horribly uncomfortable Johnny Cash medley sandwiched in the middle that had most of the crowd cringing, but the good bits were good, and I got to see Daltrey and someone called Townshend on stage together, which is quite frankly not bad going in my book.