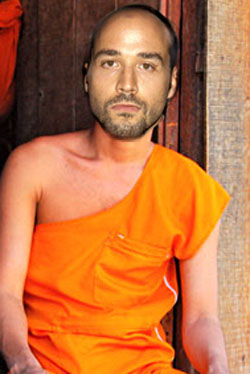 Will Jeremy Piven ever survive himself?

Okay we get it, Adrian Grenier’s longhaired effeminacy was a success, but why change so drastically? From Journey of a Lifetime’s captivating portrayal of Jeremy Piven treading the Himalayan foothills, we’re convinced that the “Entourage” chauvinistic Ari Gold seriously wanted these boobies. I am a good, sensitive man, really implies the actor whose twelve glasses of soy milk a day unfortunately acquired him mildly enlarged frontal man boobs.

See Before and After.

In January, Piven’s sex-crazed activities persisted despite verifications made public by Dr. Colker in December that the actor’s blood tests revealed a very “elevated level of mercury.” Fatigued and helplessly exhausted, the actor withdrew from Broadway’s “Speed-the-Plow” and took leave in Thailand. Returning, he irrationally substituted his ‘fish two times a day’ habit with twelve cups of soymilk a day, only to find he became feminine.

Too busily devout as a proclaimed Jewish Buddhist, he’s managed to overlook one of the most common media health warnings: Soy increases estrogen.

Attempting to counteract his fish obsession or to come to terms with his preoccupation with Mansion NYC female staff, Piven certainly doesn’t get away with extremist behavior. Be it dating two girls, indulging in expensive sushi or simply getting high on twelve servings of vegetarian soymilk, Piven’s image, body, and reputation can never escape the eye of the doctor, the public, or himself. (good old Jeremy…)

An inevitable product of cyclical addiction, lusts for the most feminine of vices, drugs, alcohol and crime strike his fancy, so what’s next? He’ll likely take leave to Asia once more, document his discovery in a film called “Journey back to the Penis” and return a chronic wheatgrass addict, only this time the to which he returns moderately will re-elevate his male libido.