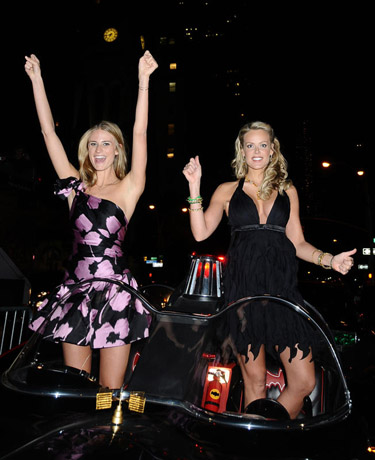 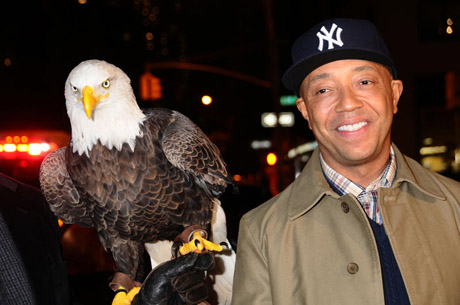 The taxi inched towards fifth avenue as the streets became suddenly illuminated by the camera flashes of passersby. As I stepped out onto the sidewalk, I craned my head over the massive horde of people and saw the Batmobile glistening in all its glory. Surrounded by police fencing, the display continuously stopped people in their tracks, provoking yells of “Whoa! Cool! I need a picture!” as they stole snapshots, despite the police officers attempting to keep gawking to a minimum. Why were these replicas here in the middle of fifth avenue, in front of Ben & Jack’s restaurant? They were for the fundraiser for Life Project for Africa to raise money for the NJIA Health Center in Tanzania, hosted by Asha for Education.

The press check-in began as the crowd began to clear and the first person to arrive was none other than the co-host, supermodel Heidi Albertsen. She was decked out in beautiful jewels and a flowy black dress, posing sexily in front of the car. When asked about the event she stated, “It‘s an event that I’m hosting tonight with Russell Simmons. We‘re thrilled to have it here in New York. It‘s an organization that I’m deeply and heavily involved with – I’d bend over backwards for them. I believe in helping Africa and tonight we are focused on raising money for our hospital in Tanzania, which is in East Africa. We oversee 22,000 people who otherwise could not afford health care. For example, if we get sick here and go to the doctor we can get antibiotics, but they don’t have that in Tanzania. Our founder, who actually came back from Tanzania last week, said that little children from the school across the street are coming to our healthcare center to drink the clean water that comes out of our wells! I’m so thrilled to see that all this effort is going the right way.”

I have to admit, usually when beautiful models say they’re helping out a charity to give back, you can’t help but doubt their words. Maybe they’re just lending their front page beauty. Maybe they’re just trying to garner some publicity to prove they are more than just looks. Despite these doubts, it becomes apparent that Albertsen has gone far and beyond for the charity and has been an actively participating member. She is too enthustiastic an advocate to be just another pretty face. When asked how she got involved she replied, “I actually model and have always believed in giving back. My modelling agent is actually on the board of this charity, and over lunch one day she mentioned Tanzania and the charity to me. Right after hearing Tanzania I knew I wanted to help. I had just climbed the world’s largest free-standing mountain in Mangaro, Tanzania, and had seen the poverty first-hand. I decided to start volunteering and eventually became their chief ambassador.”

Soon after, Russell Simmons and Model Girlfriend pulled up in his Malbec and posed for pictures while Simmons played photographer himself, snapping shots of his trophy girlfriend in the Batmobile. When asked about his involvement in the charity he replied, “Well, Heidi came to me almost three years ago and told me what she wanted to do for Tanzania. She had climbed Mount Everest and she was all excited about the experience, but when she learned about the suffering of the Tanzania people on the ground and how easy it was to affect their lives, she went to work. She and the other members of the board {life project blah} contacted me and they had their first event. It was very easy for me to loan a little celebrity and a little money and help them do a good job and kick-start this foundation. The work that they have done since is special and the mission itself is one that is very rewarding. Seeing the work that is getting done and the effect it has on people has been a blessing for me. I feel blessed to be able to work for them.”

Other celebrities who walked the “red carpet” pavement was Justine Simmons and her son Russell Simmons, a bevy of other supermodels, and Challenger, a famous celebrity bald eagle. Other confirmed celebrity guests included, Rev Run, David Blaine, Roberto Cavalli, Donald Trump Jr., Eric Trump, George Whipple, and so many more. 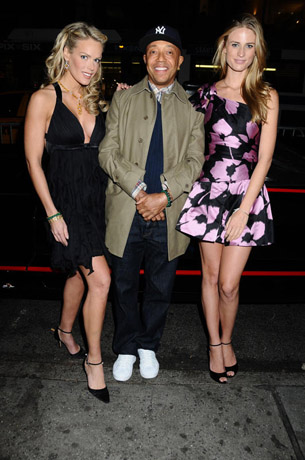