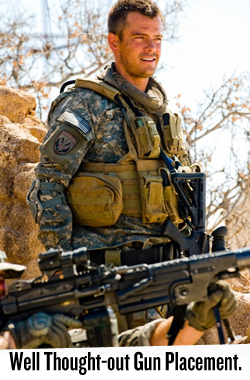 The woe of being Fergie right now.

With her career booming, and a brand-new marriage to stud-muffin Josh Duhamel, it seemed like her life was perfect. But alas, that phrase of nobody being perfect seems to have smacked her in the back of the head. Starting with a stripper named Nicole Forrester (who came forward in recent days to proclaim her sexual encounter with Fergie’s husband Josh Duhamel), two more women in the Air Force who were stationed in New Mexico at the time he filmed Transformers 2 called into San Francisco’s Wild 94.9 radio station to report more of his sexual infidelities. Apparently, he slept with multiple women there, as well as trying to team up with Tyrese to have threesomes with many of the girls there.

If these allegations are true, why did Duhamel get married in the first place? If he had wanted to be a single free-player in Hollywood, maybe marriage should have been the last thing on his mind. We are grasping at straws to make sense of the ordeal, but it seems like he cheated right off the bat. Isn’t the typical cheating stage supposed to come several years later into a marriage when that initial spark of love and spontaneity leaves the relationship? Did that spark already fizzle out? Was it even there in the first place? It sounds like these two need a therapist, and though I’m not one currently, I will be if Duhamel needs one. (Hint, hint Duhamel).

As for these women. why are they suddenly coming out and confessing these love affairs? Do they want fame by being known as Duhamel’s extramarital flings while he was stationed in New Mexico, filming a movie, miles away from his wife? Really? Or do they want to prove to Fergie that Duhamel is not an ideal husband? Yeah, I’m sure they were thinking that as they stripped off their clothes and ran into his buff arms. It’s almost mundane to hear of these women coming forward nowadays to claim that they have slept with a certain someone. If these allegations aren’t true, we can only hope for Duhamel to come out and shut these women up. And if they are true? Duhamel should learn to keep it in his pants once in a while, and make sure the women he does sleep with are women with a little bit of dignity who won’t blab to the media the first chance they get.

PerezHilton.com
Other Women Come Forward! Josh Duhamel Has Cheated On Fergie Before