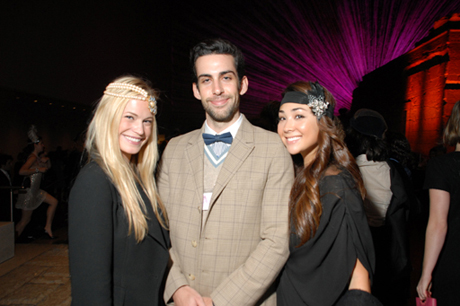 The Metropolitan Museum of Art is an inimitable venue.  Though I take no pleasure in stating the obvious, this sentence ran through my head on repeat during the exhaustive, and expensive, cab ride uptown.  I would love to say that I alit from the cab with energetic alacrity, artfully dodging the flurry of black and white feathers that littered the museum’s impressive stone staircase; alas, I stumbled out in confusion with what I hoped was a psychosomatic fever and headache.  It was not.  I began my ascent to the fete, a Great Gatsby-themed soiree open to New York’s finest—college students. The College Group, a collective of young students who seek to bring a bit of culture to the dorm room by organizing events at the Met, was our host this evening.

Though I only graduated from college two years ago, I have become a bit of an ageist; I did not know what to expect of the guests, though I began to lose heart as the doorman repeatedly asked me for my college ID.  But sir, I am 24 years old….college ID? A young girl flashed this evening’s carte blanche, a piece of plastic tattooed with NEW YORK UNIVERSITY purple and a fuzzy picture that was certainly an artifact of freshman year; I believe I noticed braces beneath the leery grin and un-brushed hair. Turning back to the gatekeeper and wishing that I had brought my Boston University ID, complete with a photo that would shame my own mother, I continued.   I graduated already; really sir, I did….ID?  I’m covering the bloody event let me in!…..Step to the left. 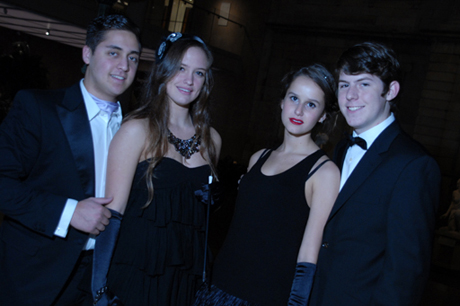 I walked a bit too hastily through the Egyptian wing, where a momentary glance is absolute desecration, leaving behind the dozens of beautiful artifacts that littered the walls in their plate glass tombs.  Silently promising the blank eyed Egyptian gods that I would come back, I noticed that my fever had heightened to the point where I was communing with statues, and at the illustrious Metropolitan Museum of Art—a mind trip if there ever was one.  I gingerly stepped into what appeared to be a darkened foyer; a trumpet could be heard blaring loudly in the background. 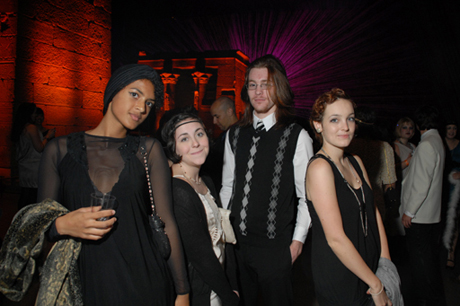 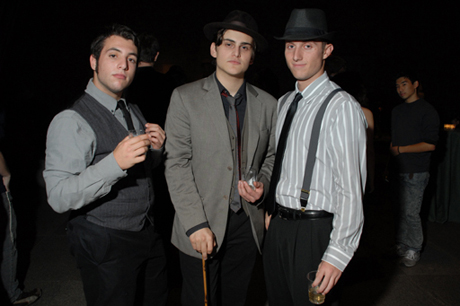