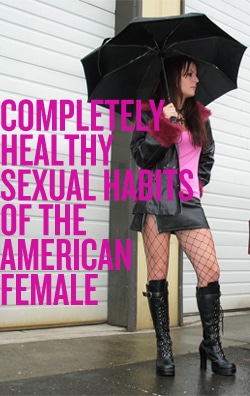 8:16 a.m. I broke up with my boyfriend of three years last year and changed from your typical boring girl next door to a shallow commitmentphobe. When it is time to settle down, I will go back to dating the nice guys, but for now, I am having fun occasionally hooking up with only very attractive men.

In plain English, this girl is hot to trot and is looking to offload some demons into socially acceptable hot guys and then walk away when it all confuses her. Certainly a keeper, for the night…

2:10 p.m.:  Pretend the Creepy Older Man standing next to me at Borders isn’t eye-fucking the shit out of me.

She wants to remind you she only wants to be eye fucked by hot straight guys only.

5:30 p.m.:  Sit next to the most attractive guy I can find on the train. No wedding ring? Check. He whips out a comic book and starts reading. Ugh, FAIL.

He needed to be reading the Wall st journal or anything that hinted at affirmative masculine tendencies like hockey or pole dancing adventures.

DAY TWO- Will she finally get laid-

6 p.m.:  Meet up with some single girlfriends on the LES for happy hour. Very likable bar except for the fact that it is strangely full of women. Pretend the lone group of unattractive middle-aged businessmen staring at us doesn’t exist.

Lone middle aged businessmen only exist as long as they resemble young hot Chippendale look alikes. Anything short doesn’t do it for my libido. Why is my life so torturous?

DAY THREE- In search of a good lay. The adventure continues…

5:30 p.m.:  Go to Friday happy hour with male co-worker friends, and see the guy I was sleeping with this past winter. I think this is very bizarre until I remember that he works down the street from this bar, unlike myself. He’s hotter than I remembered and dressed professionally. I love ties on men.

In moments of duress, sex with the ex is always an option (especially when his cheek bones are hotter than ever).

Where there are cheek bones and the scent of lust, the girls will always come out and play.

12:30 a.m.:  I am quite drunk and tell him I have to leave soon so that I can catch a train home. He offers to let me stay at his place. I pretend to not want to “inconvenience” him, but agree pretty much two seconds later.

1 a.m.:  We stumble into the apartment. His roommate is spending the night at his girlfriend’s, so we have the entire place to ourselves. He is suddenly all about the delayed gratification, which frustrates me in a good way. Big. Orgasm.

No word on what actually gets her off but were betting (hoping) it was kinky sex.

DAY FOUR
11 a.m.: He wakes me up with a massive erection, and we have loud sex in the daylight.

The meaning of life has suddenly been revealed. But where is the freak factor.

11:30 a.m.: Feel slightly embarrassed when I walk out of his room and see his roommate, his roommate’s girlfriend, and two of their friends hanging out. Not sure what they’re doing inside on such a nice day, but clearly, they heard us having sex.

She is suddenly reminded of her mortality and all the good girl things she should be doing instead. Being a slut isn’t easy work.

9:30 p.m.:  Get a text from an old friend from high school asking me what I’m up to tonight. The last time I saw him, I was shitfaced and asked him for a ride home (not the good kind). He tried to kiss me, but I awkwardly turned away. I don’t respond to the text.

12:55 a.m.:  Two shots and one Long Island later, a man says to me “By the way, I have a thing for Asian women,” as if that fact will make my panties drop. Telling an Asian
woman you have an Asian fetish is not a turn-on. Stop it.

This is morse code that kinky Asian sex is just fine but just make sure I don’t know about it in advance, I might accidentally turn myself off…

8:30 a.m.: Hung-over and still have makeup on my face from the night before. Gross.

I now resemble the perfect little mess that I aspire to be. Never mind the self hate…

11:15 p.m.:  Debating whether or not I should text Winter Guy to get drinks again this week. Decide to figure it out tomorrow.

Is seriously wondering whether selling herself out is a viable option, as if this suddenly mattered…

1:15 p.m.:  At Pret, buying a piece of carrot cake. Attractive man at the register next to me, also buying carrot cake, tells the cashier that he’s there pretty much every day buying cake. I blurt out “Me too! They’re my favorite!” He smirks at me awkwardly and walks out. FAIL.

In the future I will wear a sign that says I want to be fucked by hot Chippendale look alike studs, carrot cake or not!

The thrill of him being gay is the kicker that turns me on.

DAY SEVEN
1 p.m.: Hot manager (not mine) walks over to my desk to say hello. I am extremely attracted to him. He asked me out once, two years ago, when I was still dating my ex. We also had an inappropriate conversation at a happy hour once, about my desire to “experiment” and his desire to know if I’ve ever been involved in a ménage à trois.

Life at the office can be awkward, but there’s always an orgasm lurking somewhere. Its just my job to find it.

4:15 p.m.:  Winter Guy sends me a text, asking if I’m free for happy hour tomorrow. Hell yeah, I’m getting laid in the middle of the week. Feel slightly disappointed I can’t add it to my sex diary.

In the future, I will move to Los Angeles where the chances of finding uninhibited freaks who will call me out are more prominently displayed. I will eventually get the sex I deserve…