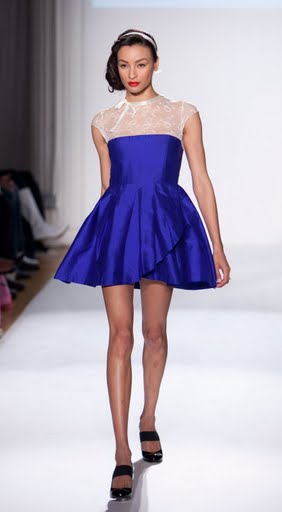 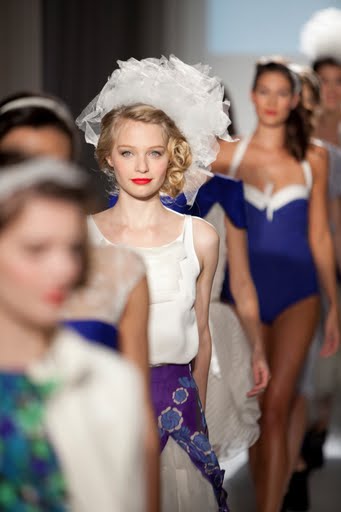 Indeed “chic power” was apparent as Kenley Collins’ collection, “inspired by American heroine Amelia Earhart” launched the show.  Hairpieces, one-piece swimsuits and printed floral dresses worn by the models harkened back to the roaring 20’s.  “The Charleston” played in the background.  Gentle lyrics (i.e. “Sweet Carolina”) in the song and the delicate nature of the clothing itself— lace and flowers—suggested that  women could be feminine and sweet, yet heroic and adventurous, like Earhart,  Collins’ inspiration. 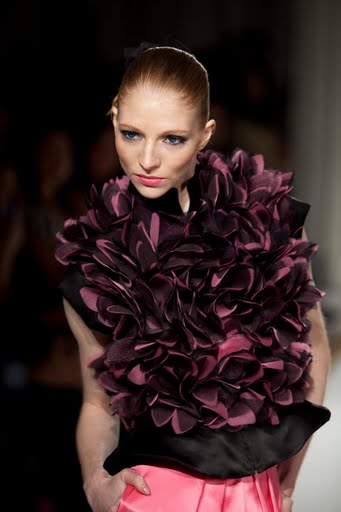 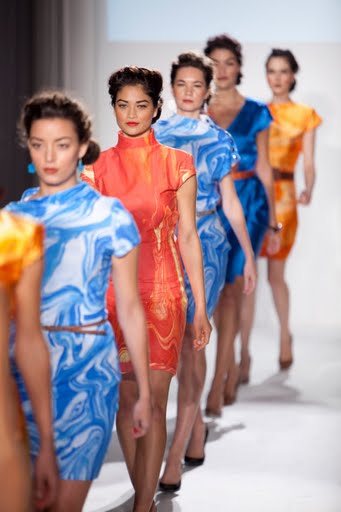 Sheila Frank’s collection diverted from “prim and proper” as models strutted to Peaches’ rock tune “The Boys want to Be Her.” Loud music, along with chain detailing, and grey hued-fabric provided a tough-chic dichotomy to the more classically feminine collections of the other designers.  All collections, were unique and suggested power to women.

The show raised money for Gilda’s Club New York City, a charity that “creates welcoming communities of free support for everyone living with cancer– men, women, teens and children— along with their families and friends.”  Gilda’s Club is named after Gilda Ratner, a brilliant comedian and one of the original cast members on Saturday Night Live, who learned to live with cancer with the help of a support community.  The idea of Gilda’s Club is that no one should face cancer alone.
Hence, it seems fitting that the Forte charity fashion show was a cohesion of female identity.  The majority of the audience was female, fashions were women’s, gift bags were pink and sweet Godiva chocolates spread throughout the room satisfied a girl’s sweet tooth.  Even the description of Fevertree’s Bitter Lemon beverage (a Sprite-like beverage mixed with vodka at the show) sounded like a woman’s bath product.  “Natural botanicals” and the “sophisticated” taste of “natural quinine” was lingo on the label of the drink.   A female-empowerment theme would not be complete without a reminder of the natural cycle given to women by Mother Earth.  Hence, a discreet pink box of “Moxie Slenders” maxi- pads  was mixed in with certificates, lotions, and general goody-bag knick-knacks.