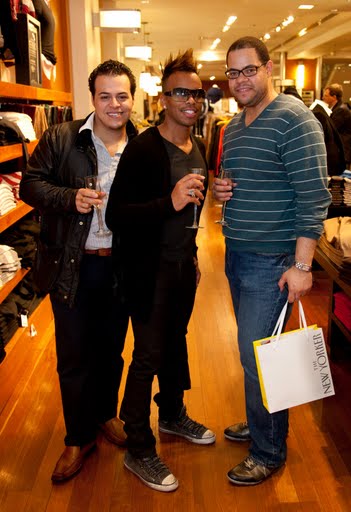 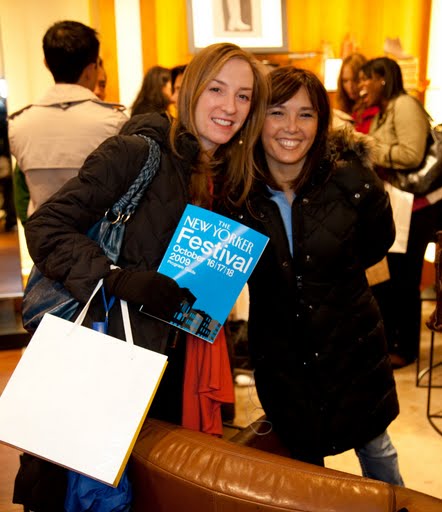 It was a dark and dreary night, but that did not stop the hordes of people making a beeline for the The New Yorker’s, and co-sponsor Banana Republic’s private party “A Decade on Fifth.” Hosted at the Rockefeller Center branch of the Banana Republic store, people lingered outside the doors in the pouring rain, waiting to go indulge in the shopping haven that awaited them inside.

Although guests were recommended to RSVP, the public was still allowed to come in and enjoy the festivities. The crowd consisted of Banana Republic fanatics, New Yorker subscribers, and an eclectic mix of women and men hungrily eyeing the clothes and accessories with a crazed look of glee. 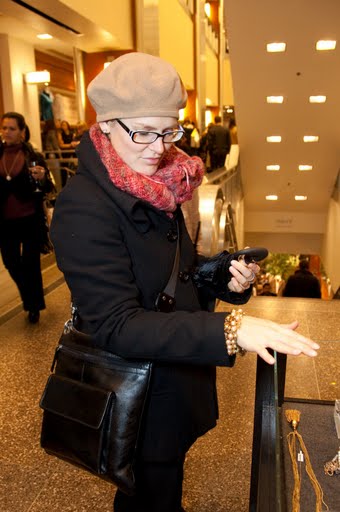 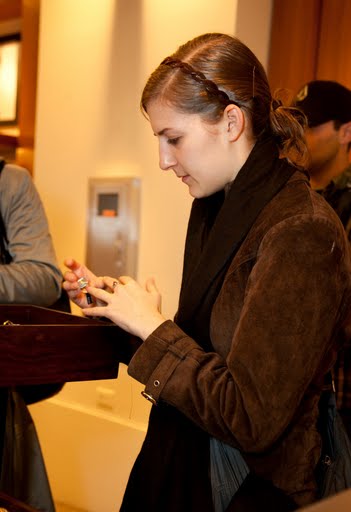 Amongst the chaotic mess of people, there were champagne flutes literally scattered here and fro on the display tables, the escalators –everywhere. At first what I thought was a peculiar display, I followed the trail and ended up at a table set up both downstairs and upstairs with bartenders serving Louis Roederer Brut Premier champagne. To complement the drinks, waiters carried trays of Sweet Melissa cupcakes, which provided vanilla and chocolate sugar nourishment for the shoppers who seemed to be on a shopping marathon.

As the DJ upstairs spun track after track, shoppers clutched onto a bouquet of hangars while juggling a cupcake and a champagne flute in either hands. Many people even seemed to have wear themselves out and were refueling in the sofas. What made these people want to shop like no tomorrow? The fact that if you spent over $100, you would get a 25% discount of all purchases. In addition, for those who RSVP-ed in advance, there was to be gift certificates priced at $500 that would be handed out to a few lucky people during the course of the evening.

Even though the next time you visit the store there won’t be any bubbly, or cupcakes, or a DJ, there still will be the beautiful clothes and accessories that Banana Republic is known for – so attention to all shoppers, go check out their new Fall 2009 collection and go bananas.