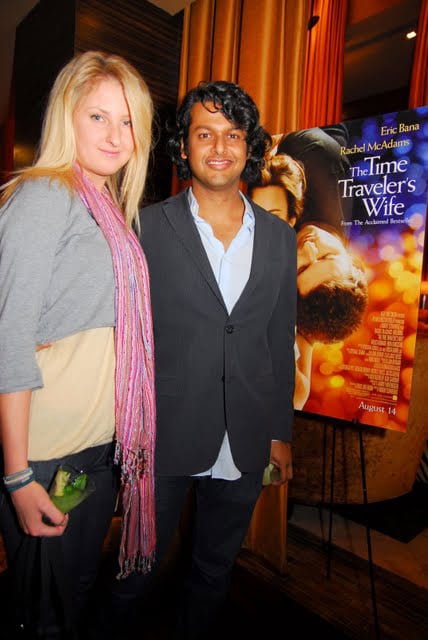 Rachel McAdams’ eyes bore into me and followed my every move as I entered the Empire Hotel and walked toward the glass doors that separated the lobby from the cocktail party near the bar. Unfortunately, those eyes belonged to the picture of Rachel McAdams on the poster of the Time Traveler’s Wife and not of the actual actress. It was poised grandly under a single spotlight that illuminated it beyond belief — everyone was collectively staring at in the lobby. Feeling exclusive as security ushered me in the right direction, I swung open the glass doors as the sounds of the live jazz band orchestrated into my ears. The bright lights were now gone; I was standing amidst beautiful people dressed to the nines mingling and sipping on cocktails in the dimmed lights of the bar. The dark atmosphere enhanced the luxurious feel of the plush brown suede and leather sofas and the majestic orange curtains that dramatically hung from the high ceiling.

Youareonthelist.com’s founder Robin Ross was the hostess for the most-ess that evening. Dressed in short shorts with a flow top she was the epitome of a great host, walking around to everyone and greeting them. Even though she didn’t know who I was, she still welcomed me with open arms to the exclusive cocktail party for the advanced screening of the movie. The website is run by Ross to provide access to its’ members for elite parties that normal folks wouldn’t be able to attend. Having a partnership with Warner Brothers was the clincher in the development of this event. 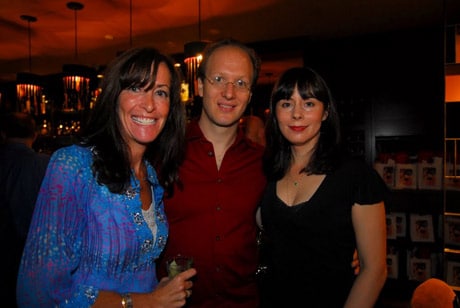 “I wanted to show to the people who didn’t get invited to the premiere, that we can still have a cool party. We don’t always need a celebrity to make it cool. Although it’s not like we would turn away Rachel McAdams if she walked in right now,” stated Ross.

Another sponsor of the night (along with the Empire Hotel, Warner Brothers, and youareonthelist.com) was 901 Silver Tequila. A recently launched tequila line by Justin Timberlake, it was the liquor of the night. Waiters walked around with a tray filled with a cocktail named Pepino that was made using 901. Ironically, the motto of the brand was “It’s always 9:01” – an accidental pun? Or a sponsorship match made in heaven? I think the latter – the few dozen of those cocktails I threw back really enhanced my movie experience. As the cocktail reception came to an end, gift bags filled with engraved goodies related to the movie were handed out. A keychain, a t-shirt, a special discount on wax, a poster, and a large red blanket were the contents ; at first I didn’t really get that combination, but the blanket came in handy when I entered the cold Loews theater.

With a bounce in my step – or was it the alcohol in my bloodstream? – I practically skipped from the Empire Hotel to the Loews Theater 5 blocks away. Snuggling into my seat in the roped off VIP section, with the blanket covering my goose bump-covered legs, I eagerly waited for the movie to start.

I had never read the acclaimed best-selling novel before watching the movie, but now it is on my nightstand after I made a quick dash to the near Barnes & Nobles to pick up my copy. The movie in one word was majestic. I’m not a big cry baby when it comes to movies, but I was literally curled up into a fetal position wailing. Since I’m not a movie critic, I won’t say too much about the movie except that YOU SHOULD GO WATCH IT. A romantic love story about a wife and her husband who is a time traveler, dug into the core of my heart and turn on the faucet of tears. Thankfully I wasn’t the only one — women all around me were sniffling and snorting as the movie played out.

After crying out well over a month’s worth of tears, I bought the book and then came home. With the tequila still coursing through my veins, I donned the t-shirt from the gift bag, nestled inside my new blankie, grabbed a cup of hot chocolate and read the book. Let me tell you – I had to say goodbye to another month’s worth of tears. And as corny as it sounds, if I had the ability to time travel, I would go back to 7:30 PM and watch the Time Traveler’s Wife all over again…ok well, maybe to 6:00 PM to get more of some of that Pepino. 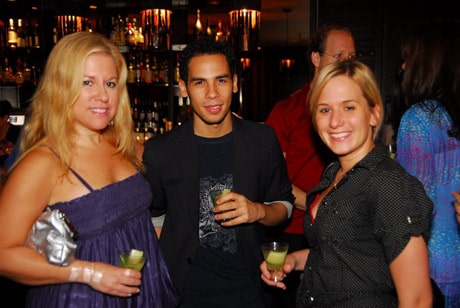