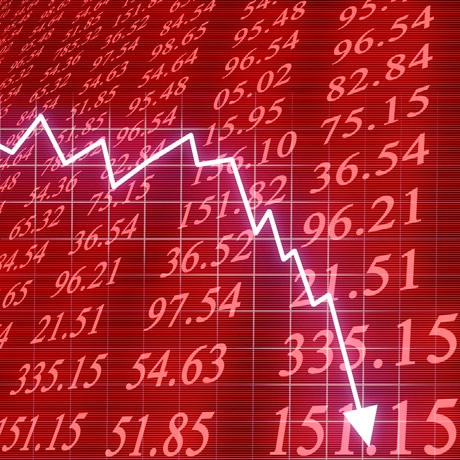 In any event, let’s go back to the winter of 2003 when my ass is doing hula hoops and the blood rushing to my eyeballs is never short of the color purple. Being a wall st trader as I have imitated earlier is about understanding relative value and understanding when society is wrong or to put it gently when the rest of society works out what is appropriate value and start shoveling their money to or fro but only after you have already worked it out and your money is sitting on the table way before theirs so when theirs finally arrives a heavy pay day is around the corner.

It’s essentially poker but with what you bet the odds in your favor. Even then, I always said to any aspiring trader, “imagine yourself off the coast of some continent, except you can’t see the continent, how do you work out how to get there?” Saying you’re a good swimmer of course will not get you far when the sharks come for you…

So there we are the lot of us watching money swish backwards and forwards in a super surreal way, buyers suddenly stepping and me to the disbelief of my boss buying stock along the up tick instead of selling it. At some point you get used to how the market acts, it’s like a girlfriend that suddenly forgives you and wants to come back to bed with you. So there I am holding another 1000 call options because I want to average out, and because I refuse to take the loss on the other 2000, so I’m going to average out and my fund manager wants to vomit, but instead he just walks out of the room because he knows it might get violent if by the end of the day we give away all the money we’ve worked so hard to make in the weeks and months slowly buying positions waiting patiently for days like these.

When the market fell apart last summer, part of me wanted to apply to a hedge fund and start trading their money, it had been a few years now and I had been out of the game but another part of me also understood the rules had also changed. The camaraderie, the savagery, the behind the back deals and the ruthless coming and going of bankers and traders was at an all time high. Suddenly being a wall st trader wasn’t about being a gentleman or part of a select class it was about being a ruthless animal that could hunt, kill or get the hell out of the way when the prized beasts of Lehman Bros and JP Morgan Chase (along with half of Iceland funny enough- who believed the mortgage myth mantra) fell to the ground, and let’s not talk about Bernie Maddof’s amazing deception scheme.

So there I am long all three thousand calls and the market starting to roar back to life, let’s call it bottom fishers, let’s call it day traders squaring up, let’s call it rumors, whatever and me wondering what to do with all this ammunition. Part of me hates it, but most of me loves the power, the adrenalin and then it’s the same house that called me earlier this morning looking to buy the same calls but in another forward month, and there’s me doing jumble math on NASA space station computer models, salivating because I know they are really over paying for these calls. (shorting the calendar spread)

I do the math and sell a third of my long out, holding the other two thirds in my pocket, playing superman but really sick to my stomach. Morgan knows the market is retreating upwards, they know it and I know it, so does their client, I wait another 15 minutes pick up the phone and tell them where they can have the rest of their inventory. With three minutes to the close off the day, we are suddenly six hundred dollars in the black. 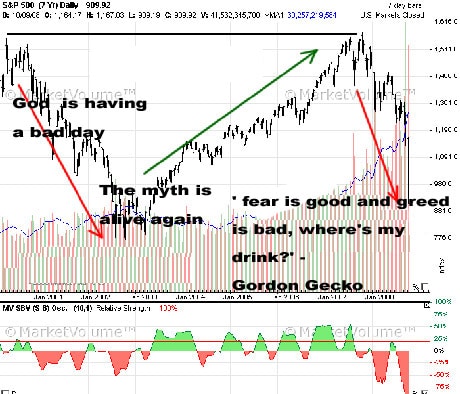