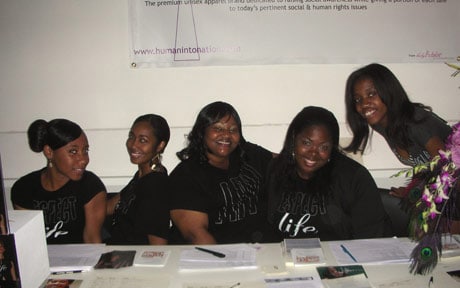 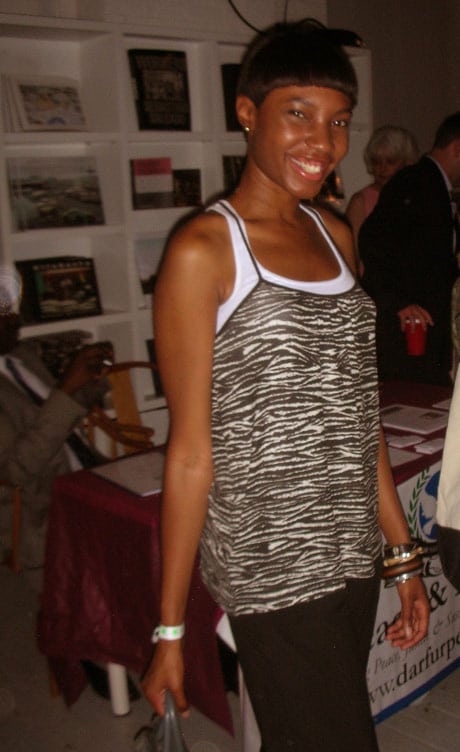 Minutes after his mom handed me his business card, J-Harris was on the microphone somewhere between selling me a car and recording an interlude for his upcoming album of contemplative, easy listening, pop and b hits for a mature, black audience. He promised that what this audience was about to witness, that what had been two hours late in arriving, that what had caused a roomful of expectant and energized press to preen for one another while they waited with baited camera breath and itchy clicker finger, was “not just a fashion show, it is an experience.”

Actually, it was neither of those things. Well, forgive me. Everything is an experience – whether good, bad, or clichéd. So, this was that, a trite and tired fashion show, smoked and mirrored to camouflage the shortcomings in design. Five or so shirts, seemingly designed on a Commodore 64 with “widgets” enabled, paraded down the U-shaped runway. The shirts demanded that we advocate change, but did not say of what and towards what. Each piece was cut, twisted and tied, contorted into a breathless hope that no one would notice the paucity of the collection or of Verneda Adele White, the designer’s, artistic talent. The American Apparel tights and accessories deserved greater mention. They, at least, hugged and highlighted the models’ physiques, demonstrating at least one notable fashion consideration.

Now, this is not to shoot bullets, at Ms. White. In fact, were I in the market for a publicist, an organizationalist or, event, an Executive Director of a non-profit, she would be my first choice. Her army-precise staff covered the room with amicable cheer and made networking connections with flair. Upon entering, it was as if 100 black shirts swarmed me, providing me with the all the perks and amenities they could muster from their rather large pool of sponsors. The sponsorship list reads like a who’s who of up and coming shops in proud, Afro-centric neighborhoods. I am just dying to apply the Hair Mayonnaise I received in the gift bag!

Equally impressive, and, unfortunately, equally removed from relevance to the community of camera jockeys and reporters, were the causes that Ms. White’s line, Human Intonation, supports. Conceived as a brand to “raise social awareness and funding for three social causes” this well publicized event focused on increasing funding in Darfur. Although the crowd had come to support Ms. White- most seemed unconcerned about the Darfuris’ (yes, that is how you say it) plight or the dung-built school or the number of goats that could feed a village.

One nice looking older lady who turned off the Beltway and right into the bleeding heart’s never-never-land of artsy black folk and “urban cool,” took an opportunity to briefly describe the situation in Darfur. Before her was a video that also explained the mass murder, attempted genocide and brutal barbarity of the region. With bullets flying everywhere, and machetes hacking limbs, a school seems like nothing more than a holding pen for dead babies.

With a number of booths selling merchandise (but a portion goes to a good cause!) and distributing literature, a fashion show feels like nothing more than an executive conference at some Midwestern Marriot with all you can drink orange juice. Like the Fashion’s Siren for Change, there were too many bullets and not enough legitimate targets. 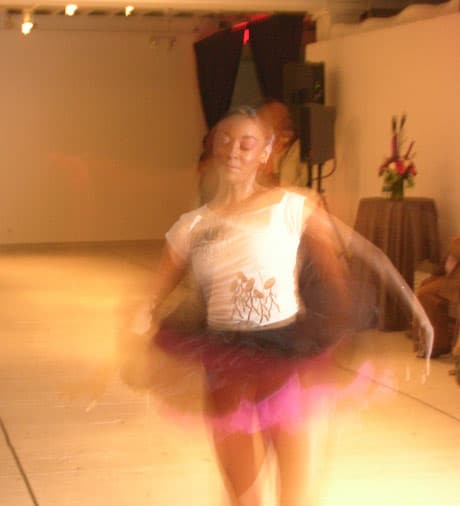