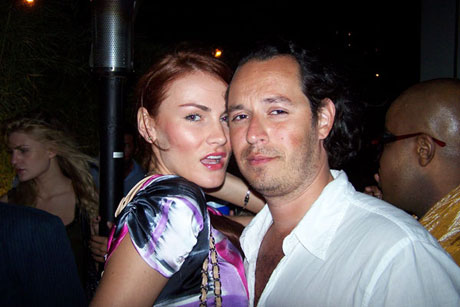 If one is to carefully consider the meaning of the word ‘DIVA,’ they will eventually come to the realization that in it’s strictest sense the word refers to a ‘distinguished female singer, usually in the opera arts.’ On the other hand if one pays careful attention to the common verbiage in hip, languorous, and so often ‘downtown parlance,’ one will eventually come to appreciate the word is supplicated with majestic drama and so often a regal (if not a touch over played) connotation. That said the two chaps lunging at me upon my entry with open wings and exalted joy could in some circles be confused for divas, but last night they were my dear friends- Malik so Chic and Adrien Field.

The tears felt and done with we proceeded to look at each other (were there new wrinkles, did he put on a few pounds and my GOD how did he get his eyelashes to look like that..?). Satisfied we all resumed our regal pose (one would argue more for our subjects than for ourselves- pleasing one’s lovers and fans will always be an exacting task…), drank to each other’s health and began the survey of the boys and girls who had collectively come to welcome this particular debonair evening.

“Tell me, is my eyelash falling off?”

“Not in a million years.”

This of course is the seasoned parlance of a dandy set, prone to seek and demand beauty, aesthetic excellence and a well made margarita.

“Should we get some more?”

“I promised myself I’d stop drinking.”

“But margaritas don’t have that much alcohol, and anyway just sip slowly.”