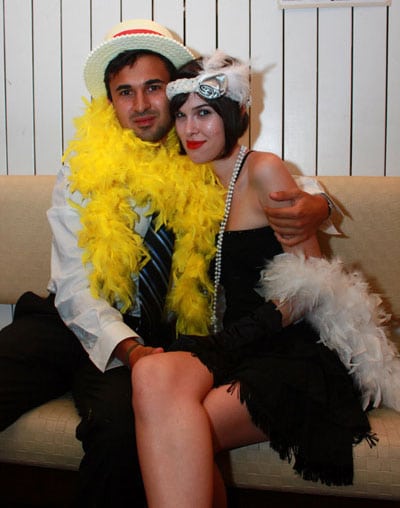 Amidst the clinking of champagne glasses and fluttering of feathered boas, the Crest (formerly known as the China Club), was filled to the brim with the committee of French-speaking societies’ patrons celebrating the 85th Annual Bastille Day Ball. The theme of the night, “The Roaring Twenties,” literally roared throughout the club infecting each person with the excitement of just letting loose and having a carefree time –like the actual 1920s. With each ticket that was bought, the proceeds were being given to the French-English Dual Language Programs and the French Heritage Language Program to raise awareness of the French language and culture in New York Elementary Schools. Maybe it was the thrill of philanthropy, or the overly abundant bars overflowing with champagne, but the crowd consisted of excited chatter with eyes-a-gleaming hungrily observing and critiquing each others’ “1920’s costumes.”

The Crest was divided into 3 different floors. These 3 floors that were only separated by a flight of stairs seemed in fact to be split into 3 diverse worlds. The first floor oozed of a quiet anticipation to what was located above. A calm atmosphere, blended with the soothing sounds of a jazzy instrumental 20s record, with a large lounge – meant for people to relax in – was completely ignored as the hushed whispers of the mass checked their coats and like a trance stumbled up the steps to the beat of the vivacious drums. As the lounge-y 20s music swirled in my ears and sipped my cocktail observing the crowd, I, too, soon was transported up the stairs. 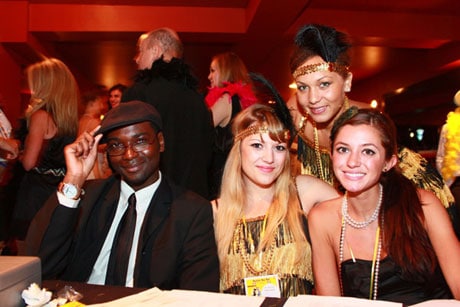 The swarm of people surrounding the entrance to the second floor stage area was enormous. Long-gone were the muted whispers, people were yelling and whooping along to the Lindy Hop All Stars dancing in cabaret style. The large stage was bordered by a long booth that circled the entire vicinity of it. As I wiggled my way forward and the crowd and the waiters proudly holding a tray of French chocolates dispersed, I found myself face-to-face with a group of dancers smiling as if their lives depended on it flying across the dance floor. Gliding along as if they were wearing roller skates, the men flew in all dizzying directions as the flapper girls coyly flapped all their worth in front of the boisterous crowd. Interaction between the performers and the crowd was undeniable; Flamboyant women all over the venue screamed and laughed as they clapped along with the upbeat tempo thrusting their shoulders in rhythm to the music. When the performers finished their number, everyone got up and entered the stage as the band (illuminated in a blue hue) got together under the spotlights wildly leaping onstage and started “Mambo Time.” Elder and younger women alike grabbed their partners’ hands and dragged them out as they held up their champagne flutes and made ‘kissy’ faces at each other. 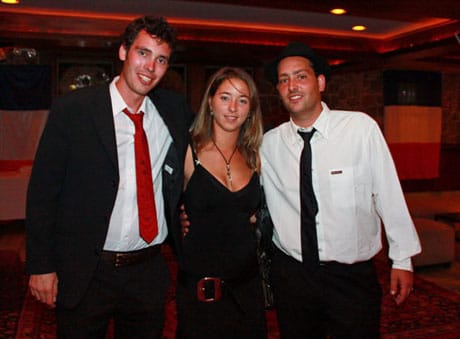