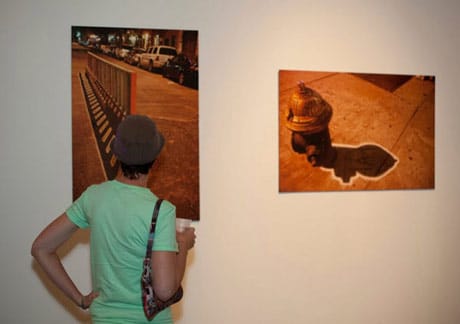 SCV: Do artists need writers? There are a lot of theories out there that suggest that artists need the validation of narratives describing their work, or they don’t get any attention. Would you agree with that?

Although he didn’t indicate any basis in philosophic theory, Gallagher can easily be considered philosophic in his work. From his explanation, one could draw precepts from not only Plato, but also Aristotle, teachings in Buddhism, and a myriad of others, to include the basis behind every artist who has taken his or her craft seriously—presenting something that everyone has seen before in a new way; finding beauty in the mundane. But the question remains: Do these artists need writers to be validated?

After hearing the artist’s explanation of his work, experiencing them didn’t seem much different; in fact, the only difference was that I mulled over each less as I viewed them. Jacques Derrida has affirmed that whereas most assume that success in a field leads to writing about it; most in fact need writing about their work in order to realize success. This may be true, but not necessarily right. Pondering art is in part what gives it its soul and establishes how the viewer is moved. Reading the basis behind Gallagher’s work, for example, may lead to the presumption that one needs to be a New Yorker in order to appreciate his work, but this is untrue. Words and the power behind them are their own consideration; art, though, is autonomous and eternal. The curator, THE DE L’AUTONOMY MISSION, apparently agreed, as there was no literature to accompany the exhibit, although it was still undeniably done right considering the satisfied attendees. 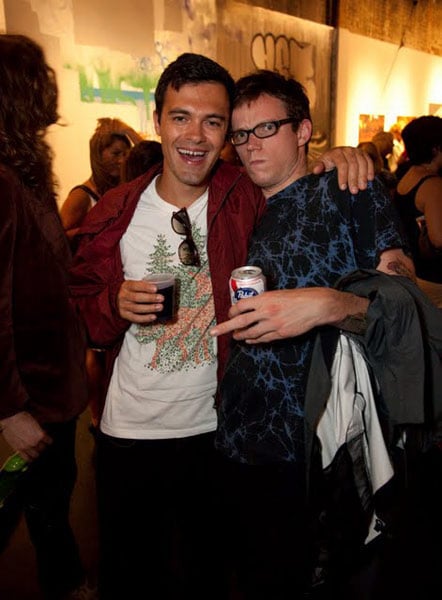