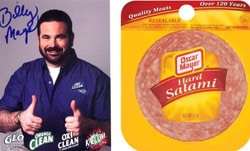 I received a whole lot of dislike from sensitive snobs for pointing out that Dash Snow’s death should not have been considered any more or less meaningful than when the average Joe shuffles off his own mortal coil. My brief article generated a glee of anger and quickly proved my utopian ideals to be wasted on the capitalists of mortality. I was proposing a democratization of the death process. I was attempting to re-equalize the great equalizer and to uplift the all by allowing those who are placed down to be done so with little or no fanfare.

But, fanfare, pomp and flair are what it is all about it seems. Then, so be it! Off with their heads. On with ours.

If we are going to go out of our way to memorialize only certain dead, then, it logically follows that there is a hierarchy of death. If there is a hierarchy of death, then, there must be competitions in which the deceased participate, hoping to advance their standing. With so many deaths in the most recent weeks, it is a virtual NCAA Basketball Tournament that awaits the not so silent judges in each of us.

Welcome to Death Bowl 2009, the only game where you win by losing…and, then, winning again. But, really, still losing – you know, because you’re dead and all.

Like any other fair sporting competition – there must be rules. Here is the first. Standings are determined by the only reliable tool in measuring worth in these days when celebrity trumps humanity – google hits. The individuals with the highest google tallies will be ranked on top and most compete, in the first round, with those ranked lowest. The google search was for the individual’s most commonly used name (sorry, SACE fans) and did not take into account extenuating circumstances, such as common names (Billy Mays) or attempt to handicap based on time since death (you’re welcome, Bea Arthur).

As it currently stands: 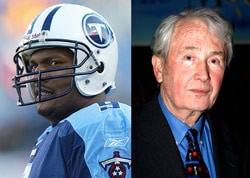 We will be judging the dead based upon criteria established by the many rowdy SACE fans that demanded his death be treated with greater reverence than others. The arguments made in his offense were, first, his impact on New York. As a devoted New York-ist, I can appreciate and promote this criterion. Second, his ability to shock. I will expand this to include his shock value both before and after the great, black divide. Thirdly, how many people loved him. Considering that this appeared to be a small, but technologically savvy group (you silly bloggers), I will expand the criterion to address death brand loyalty and overall popularity. Lastly, we have legacy, as attributed to the daisy-pushers ability to influence popular culture.

Before continuing down this morbid path, I need the help of my trusted advisors. So, dear fans, angry blog-readers, thoughtful citizens of the physical realm and Dash Snow groupies, please assist me in my macabre dance. Which, in each pairing above, based upon the standards of New Yorker-erness, Shock Value, Popularity and Legacy, deserves to advance to the next round?

The choice is yours. Winners announced on August 5th 2009.