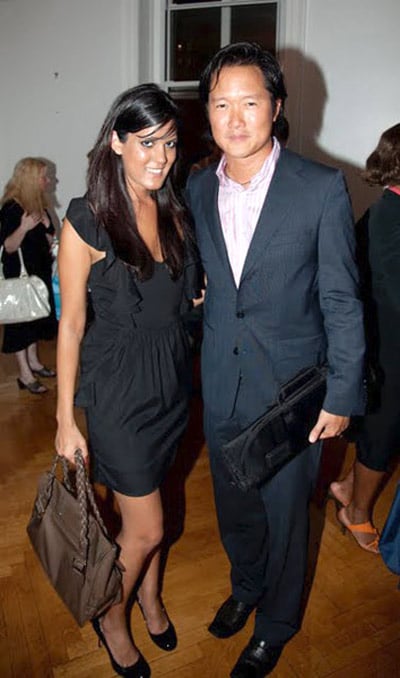 It’s all in the presentation, as affirmed by ‘New York Moves’ magazine, which had their 2009 issue design release at the illustrious Apthorp in posh and slope-nosed upper Manhattan. Spanning an entire Broadway block and home to various members of eminent New York City (in fact, Brad Pitt and Angelina Jolie have been among those considering one of the agoraphobic condos this summer), the Apthorp could not have been a better place for a cocktail party in which the excitement, laughter, and self-entitlement could not be culled.

Immediately upon walking inside from the elevator, one would be greeted by a slightly disheveled gentleman in a burgundy service ensemble bearing Shiraz and Champagne as grinning faces made one last check on the guest list. It was loud from the deceptively spacious acoustics as attendees mirthfully discussed the entertainment industry, New York City real estate, and of course, New York Moves magazine. Cheese was served on platters and sangria was added to the ceaselessly circulating intoxicating refreshments.

Such an event was difficult to miss, as indicated by the celebrities and prominent names in attendance, to include actor Hugh Dancy (ladies know him best from the recent Confessions of a Shopaholic; men will vaguely remember him from the nineties war movie Black Hawk Down, but he’s currently promoting his new movie Adam), world-class MET pianist Elaine Kwan, CBS News Anchor Kristine Johnson, and James Beard President Susan Ungaro. There were a preponderance of news anchors, in fact, which ended up being the result of another underlying purpose of the garden soirée—Fox anchor Harry Martin, CBS anchor Chris Wragge, and PIX anchor Authur Chi’en had competed in a cooking competition with an Iron Chef typicality (and apparently, requiring a similar virtuosity) sponsored by New York Moves. As the second hour of the party drew to a close and wine was just settling, New York Moves publisher Mamoonah Ellison took the stage to announce the winner of the unseen (and unforeseen) event. As the journalists quipped and elbow-nudged one another while they accepted fine cutlery for their participation, one could not help but wonder: anchors cook? 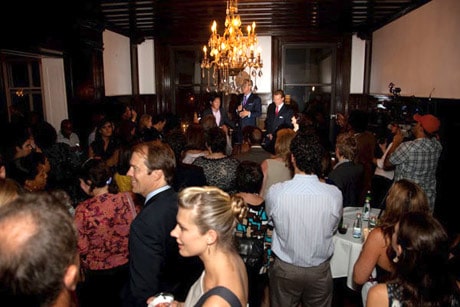