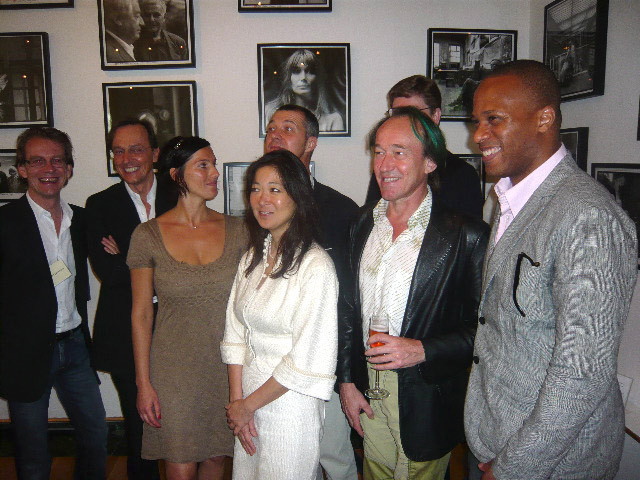 If one was prone to indulging themselves to a healthy serving of pink champagne, floating white fish canapés and the chicest assortment of modern day French designers then one would’ve have obliged themselves to turn up to yesterday morning’s stellar fete a fete honoring Edith Wharton. Well when we say honoring Miss Edith Wharton what we also mean to say is honoring that venue which Gordon Travers (the chairman of the residing foundation ) called the artistic homage to all artists and writers- the MOUNT.

Gallant in securing a healthy sum of money (courtesy of the Alice M.Kaplan Memorial Reserve) to restore the once working and very functional habitat of a literary icon and Francophile – Miss Edith Wharton, the MOUNT- located in picturesque rural Massachusetts we were all invited to administer some praise, regard and wonder at the current crop of talent that would be making way to reconstitute a literary legend’s desires.

Having fallen to disrepair, (yes, we were equally alarmed), the foundation has now being made privy to a denizen of very capable French talent (that was mostly on hand yesterday) that will be giving the mansion and magnanimous retreat a tasteful remake.

We learnt that the godmother of French design-as quoted by host of affairs the lovely Katharina Plath- Andree Putman had been invited to redo the retreat’s library, unfortunately for us she was absent but thankfully we were given an interesting repertoire of the way things used to be for literary giants, the fans and followers of such giants and the remarkable social networking habits by Andree’s daughter live from Paris by stereo phone.

From there heralded a quick introduction to Patrick Blanc, Leiko Oshima, Maxime d’Angeac and Nicole Zaech, Olivier Lempereeur as we have already reiterated are the leading denizens of design in France.

From there we were once again reunited to the pink champagne that we (I ) had been missing during the admittedly intriguing dissertation concerning the social fabric of being a literary scion and the new crop of talent to administer further regard and design to this wonderful concept.

The above link can take one to this summer’s planned lecture series and calendar in keeping with the literary bent and promulgation of creative expression. 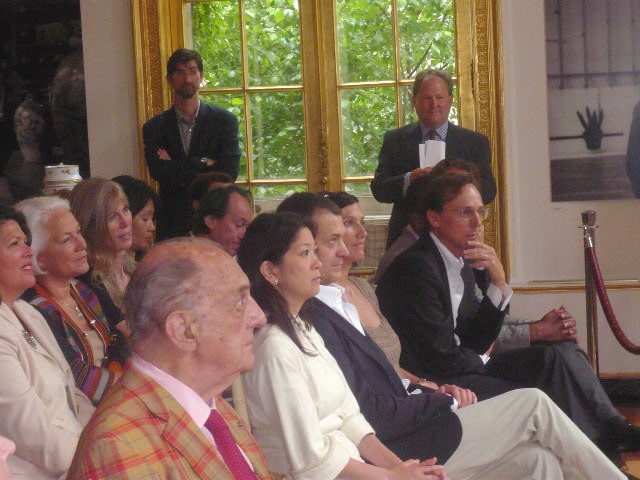