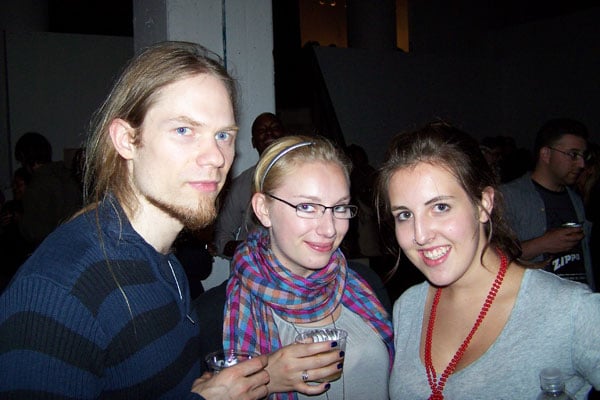 If one could summarize the general sensibilty of  the film that opened the Brooklyn International Film Festival last night- “Breaking Upwards,” it would be when the lead protagonist played by the director himself (Daryl Wein) turns around and looks at his girlfriend (also his real life girlfriend- Zoe Lister -Jones ) who had been the first one to suggest that they explore seeing other people explodes (at least in my mind) “so now I’m not allowed to have other women check me out now that you have agreed we should explore seeing other people!?” to which her pout demurs “because I’m still in love with you.”

From here one has a keen sense of the intricacies that Wein and his co writers, Peter Duchan and Lister Jones seek to explore in the modern relationship, and what they aim to up the ante against what they later reveal the meandering films currently coming out of Hollywood dealing with twenty somethings. If this sensibility to film making could best describe this young film maker’s impressive first foray into narrative film making (he currently has a documentary set to open at the Quad exploring the pioneers of safe sex practicing) then perhaps one should have very high hopes that the twelfth Brooklyn International Film festival will push boundaries and explore terrain that most big films fear to tread.

Pursuant to the film showing and a candid discussion I am able to learn from Wein that he really has his heart set on becoming a director, that as of yet they don’t have a big distributor for their film (some small offerings have turned up) and that what ‘s instrumental in his foray as a film director is material that strikes a nerve and questions the current dialectics of our times.

When I posed the question why Hollywood isn’t paying enough attention to young innovative filmmakers he remarked that perhaps Hollywood has actually just begun in fact to notice as some of the more exemplary talent is increasingly coming not from the main stage but far from it.

Impressed that this young man was able to rouse up the necessary funds to realize his and Lister’s ambitions (just under a hundred thousand dollars- a generous uncle it turns out) Wien is indeed the likely emblem of the rising tide of multi talented provocateurs who are very intent on making cinema their career and are willing to explore ideas and their own personal means to realize those ambitions. 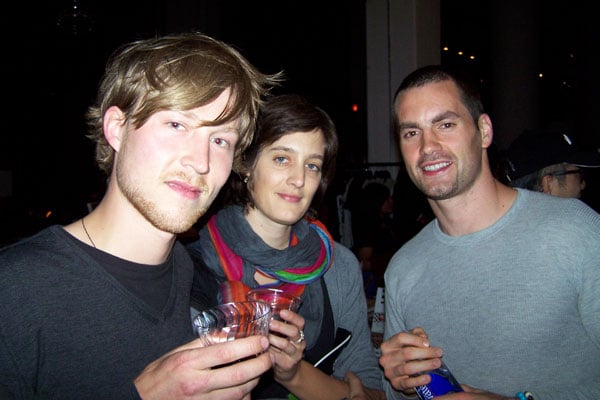 From there a quick jaunt to the Powerhouse Museum a traditional ally of independent media the invited guests which included a consortium of very well behaved Europeans, level headed indie set and the occasional femme fatale festivities were quite invigorating and devoid of the usual pretense one often comes at similar affairs, but don’t tell that to the organizers of the Tribeca film festival.

That said we have very high hopes for what comes out of the Brooklyn Film festival the next ten days and are quite inspired that by the time you end up leaving the cinema you’ll be moved but not in the way you’ve been used to. Of course it’s kind of like doing lots of push ups, it may hurt in the beginning but at some point you do notice the results.