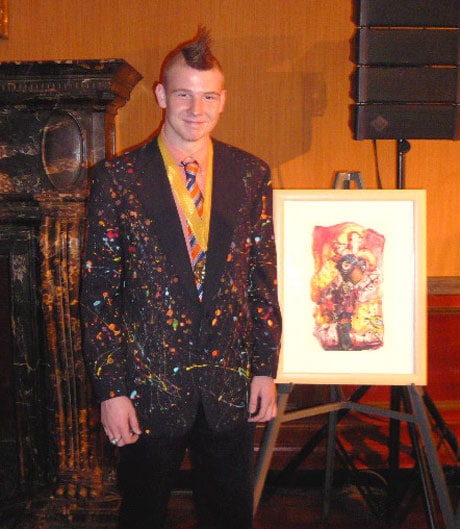 The artists who will be impressing us with their talent within the next five years are probably all in high school today, and the 2009 Annual Benefit to Support the Alliance for Young Artists & Writers is in the business of recognizing and nurturing talent when it sees it. Wednesday night’s benefit was an opportunity for supporters of the Alliance to view the works of dozens of young artists being recognized by the event, as well as getting the opportunity to meet the 12 students who received the highest honor of the Portfolio Gold Medal and $10,000 scholarship. I got the chance to speak with two of these rising stars.

Though Abram Pineda-Fischer is only 18 years old and from Golden Valley, Minnesota, he could easily pass for your (above) average art student at The New School. Being honored for achievements in both photography and film, Pineda-Fischer views his art as, “…not something that can be lost, such as an object; it is my way of thinking, the way I perceive the world.” This Michel Gondry fan will be attending the Pasadena Art Center in the fall.

Winner Kyle Boganwright was easily identifiable as the most eye-catching person in the room. Sporting a mohawk, splatter-painted suit jacket, and standing well over 6 feet tall, Boganwright sees a future in animation and children’s book illustrations. His bizarre drawings were some of the most eye-catching at the event and it is not hard to imagine his twisted viewpoint finding a mass following.

There’s good reason to keep an eye on these rising stars. These prizes have been awarded by Scholastic Magazine for over 80 years, and several of today’s best known artists are counted among their alumni. Past winners include Sylvia Plath, Robert Redford (for poetry!), and Zac Posen. Receiving awards tonight for Alumni Achievement were renowned writer Thane Rosenbaum and installation artist Tom Otterness. New Yorkers know Otterness as the man behind the bronze sculptures of particularly round people on the 14th Street and 8th Avenue subway stop. I stole a moment to ask bolo-wearing Otterness about his involvement with the Alliance.

SCV: After achieving success following winning a Scholastic award in 1970, how did you get back involved with the organization?

“They reached out to me, I believe I was asked to do judging two or three years ago. I became part of the committee that narrows 400 to 600 students down to 12 [winners].”

SCV: How do you decide how to narrow such a broad field?

“We reach a consensus as a committee. I use instinct and intuition to recognize quality [in order to narrow the field].”

The evening concluded with the announcing of the results of a silent auction of past winner’s donated work. As the announcer explained, though she could not guarantee that the artists in question would be as famous and successful as Otterness or other past winners, she could guarantee that if one had bought those artists’ work back in the 1970s that one would be very happy with that decision today. As honoree Bill Chiodo explained, “One of the most frightening aspects of life is un-realized potential.”

See www.abrampf.com for a look at winner Abram Pineda-Fischer’s work. 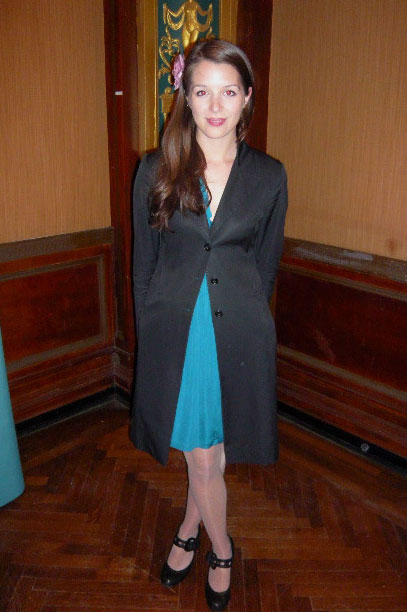