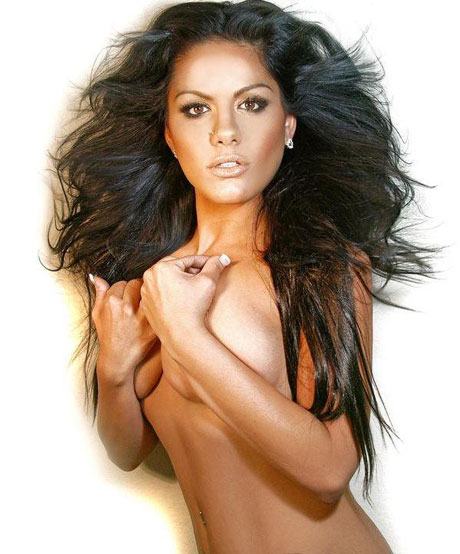 Tough Love proves that monogamous relationships are horrible, outdated, slave-minded institutions with no validity or value for our modern time and age. I think.

For those unawares, Tough Love is a television show depicting the age-old tale of boy meets a roomful of attention-needy girls who are shameless enough to display their emotional baggage on VH1 for their quick 15, boy picks apart girls’ deep seeded insecurities, boy evokes girls’ daddy issues and the whorish tendencies they create, boy rebuilds girls to be manipulative succubae who prey on relationships as if to prove girls have improved well enough to be…well…accepted by boy. But, this time, it will have to be another boy because I am fairly certain that Steven Ward is either gay or banging his mom or both. Because, quite honestly, she might be a boy too.

What at once saves this show and proves my thesis is the general normalcy of its cast. Each of the women seeking Steve’s support and advice is, generally, attractive. They all appear to be successful, educated and, as far as I can tell through the television screen, disease free. In other words, if things were as they should be, if the world tilt upon an axis of justice and right, these bitches would be married off, popping out kids and eyeing the pool boy.

Instead, they are being emotionally flagellated by a man-boy of a host, his Nightmare on Elm Street mother and the entirety of the t.v. watching world because relationships are a cluster-fuck of stupid and anyone slightly well-adjusted would only find themselves lost in its clutches. How else to exlain forcing certain participants to enjoy a quiet dinner date with their boyfriend and, oh yeah, ex boyfriend. Or, how would you justify asking a large-breasted, sexually liberated young woman to tone down her femininity at the same time forcing another, more shy and modest girl to pose nearly naked for an erotic photo shoot.

Jealousy and the belief that one must be all things to their partner at once are both real results of the monogamous belief system. If one is yours and yours only, then one has a duty to guard that other jealously. On the reverse, if one is going to be your only, then the expectation is that other must fulfill all categories of your needs and wants. Were we to strip away this façade of exclusivity, we would find greater love, in quality and quantity. In a non-monogamous world, lovers and partners would be free to give only that which they wanted, and take as much as they could. It would be an emotional and sexual Communist paradise.

It is instructive to realize that the same forces that defeated Communism are those which have propped up the card house of monogamy. Created by the intellectual forbearers of Capitalism, a majority of still effective rules concerning marriage were established to aid in disputes regarding descendants and enhance the concept of family so that as to insure a working, cohesive unit to aid in the farming business. Most offensive, (the feminists will love this) most of the current marriage laws were erected to tie the woman, as a form or property, to her master-husband. If you look further back in history, you will see various relationship structures that allowed fluidity and flexibility. As it is impossible to carbon date a level of romantic happiness as if it were a fossil, it is interesting to note that no archeologist has uncovered a television camera or a shrink’s office in their endeavors.

If man’s natural state within a relationship is to be free and unburdened, then activity which encourages women to oppose this state must be adversarial and, thus, problematic. By creating an aggressively “us” vs. “them” dichotomy, society is creating the very circumstances which have pushed the divorce rate beyond the level of parity. In place of happy and committed, albeit in a non-traditional way, is the manipulation and self-hatred on display in Tough Love.