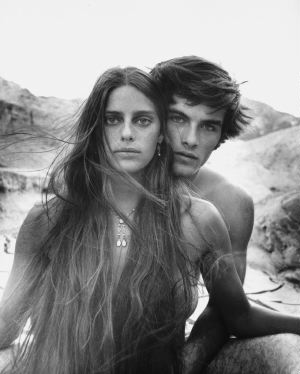 The line for “Hair” was packed. Just a Sunday afternoon observation. Of course I wasn’t here for the theater show, I was here for something else…

Stretching down the block from the play and wrapping around two corners were suburban soccer moms, midwestern mall walkers, young couples from Connecticut and the occasional tourist smart enough to cop a reduced price TKTS. The glamour of the theater is long lost and they shuffled comfortably in their brightly colored swishy pants, mom jeans and college-logo hooded sweatshirts. They waited, passively, for a re-enactment of the 1960s love-ins, sit-ins, marches and civil disobediences.

The anti-terrorism, pro-Human Rights, everything good under the sun, kumbaya-singing, political cliché chanting, sign-carrying, 9/11 memorializing, policemen guarded rally was not.

It is all a lie. The politics are scripted. Each day, twice on Wednesdays when the matinee is performed, the same drama unfolds, builds to climax and is resolved in exactly the same way. Yet, audiences flock, waiting for a bit of social unrest and political upheaval to transport them to a time when issues mattered. Looking through a historical prism into a place when the power of the people represented more then buying demographics.

Had they only looked a block further, had the line stretched south on 42nd street rather than north, they would have come in contact with the Coalition for Human Rights and their rally. Much like the theater, it too lacked glamour. The speakers stood drenched under a canopy that was not nearly as expansive as their mission statement.

Intended to be a “rainbow coalition” of organizations representing all the various groups, religions, races and peoples affected by Radical Islam and terror, the few attendees were diverse and interesting. Yet, they could have been mute because no one was listening.

The population of speakers and listeners appeared to arrive and leave together. The choir was preaching to itself. The phalanx of policemen and security guards outnumbered the assembled mass. Maybe it was the rain, but even if there were terrorists around, they must have been disinterested. Or, maybe it was something far more politically instructive and sociologically interesting.

The organizers of the rally were throwbacks to the generation glamorized in Hair. In their generation, a mass gathering meant something. In fact, in their generation, a soapbox and a megaphone were the tools of dynamic change and social upheaval. In today’s world, they are fodder for a snarky article on a self-indulgent website sandwiched between a story about prostitution and another on some self obsessed socialite. Yet, by the time I push “publish” on my computer screen, 300 to 500 hundred thousand people read my bullshit. Imagine how many times I can push “publish” in the length of time it took them to erect the stage, organize the speakers, chant “We’ve Jihad Enough,” disassemble the stage and drive home.

The 1960s are over, except as narrated and acted by performers who were not alive during that era. The power of the people lies in new technologies and in those who seem woefully unprepared to assume its responsibilities.