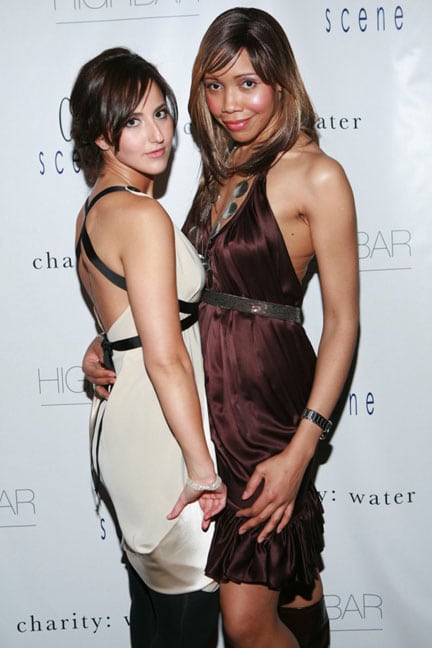 According to Tia Walker, girl about town there was a time when admitting you were a blogger, and celebrity blogger at that required quick hushed intonations. These days it’s the desired vocation of the glamorous set, assuming you are glamorous of course…

We’d been bumping into each other every other night for the last few months and things finally came to a head recently when I had to walk up to the tall vivacious girl who was at that moment talking to some glam specimen with glam cocktail in tow. Within minutes my suspicions were settled and I learned then and there that Tia was indeed a celebrity blogger and she’d secretly been wondering how long it was going to take before I worked the courage to talk to her. Of course the more we talked the more I became intrigued by Ms. Walker and the connotations of what new media is and has become and where it indeed is heading. That said, the affable Ms. Walker and I got together finally one afternoon which had this chap wondering about the effortless élan of Ms. Walker and the ramifications of an industry that is here to stay…at least for now.

Tia: On one level they write about and get to interview celebrities they run into while attending or covering an event. That said, unlike working for a traditional magazine like People or OK magazine they are free not just to talk to the interviewee but to digest a scene, the mood, which allows for more intrigue.

SCV: Tell us, how does one get to cover these parties?

Tia: Well that’s interesting. That’s kind of how I got into the industry in the first place. I’d been working at doing promotions for dj’s, fashion events, and suddenly I decided I wanted to start covering fashion events, shows. Except you just couldn’t just turn up like that, they said I had to get press accreditation. So that’s when I decided I’d start questforit.com back in Sept, 2005 as a way to get press credentials.

SCV: So press credentials work? We’d all be doing it?

Tia: Well these days, press credentials only go so far, cache, and charisma and of course whom you know go a long way.

SCV: So you started in fashion and end up covering celebrities?

SCV: Yes, I’ve noticed. Tell me what you think of the adage – ‘all press is good press?’

Tia: No, I completely disagree. One has to watch what they say, how they behave when they work in the public domain. You think you might get away with something until the day you don’t. Everyone is always being watched, nothing goes unnoticed.

SCV: Tell me what you think about Gawker, the blog sensational du jour? Especially their practice of excessive dirt and grub exposure.

Tia: Well, I don’t think anyone ever makes it on Gawker by accident.

Tia: Well I think sometimes there are certain people who are acting way too outlandish and I think it’s sort of become Gawkwer’s forte to call them out. Whether they’re a banker, promoter, celebrity blogger, actor.

SCV: Fair enough, but how did Gawker become the authority on calling people out?

Tia: You know, I don’t follow them as much as I used to. But I think most of their readership is concentrated amongst people who like to read about certain people, people they know, or see on TV, or generally work in media.